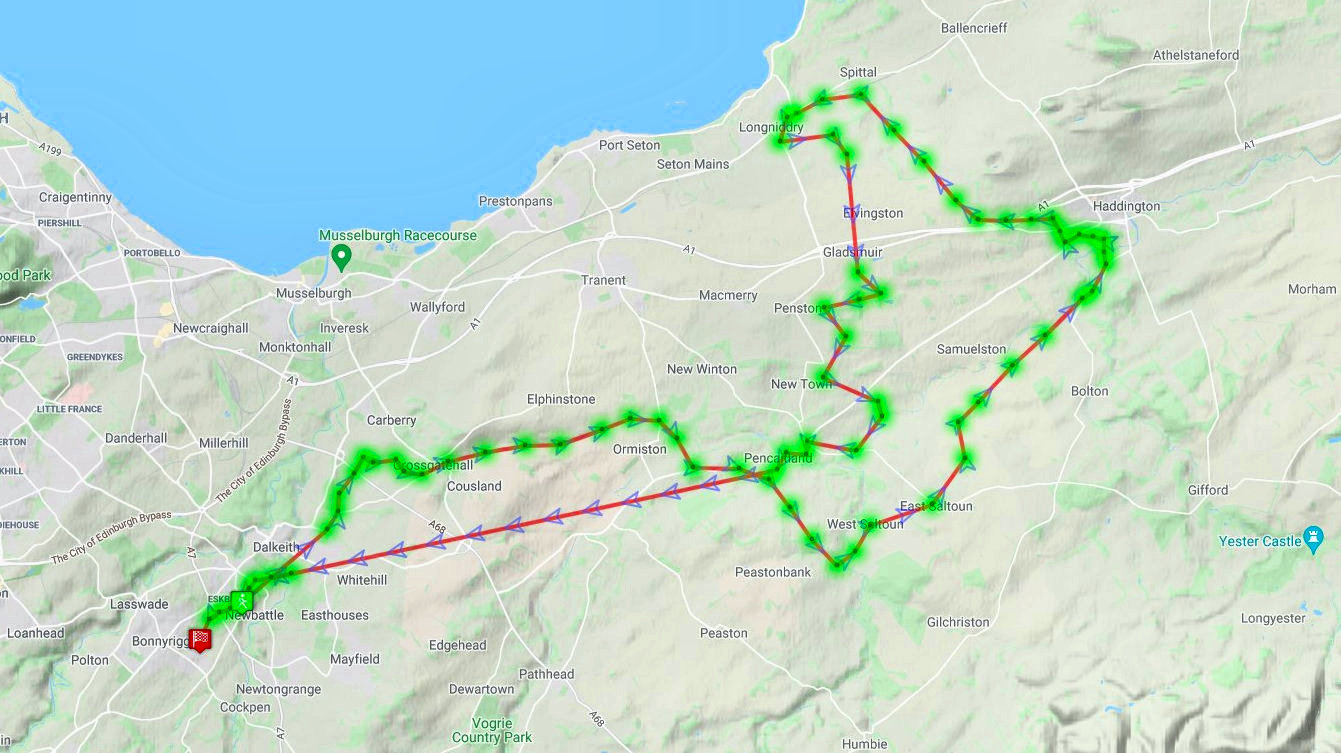 My thinking today was to put the bicycle in the back of the car, drive to Haddington and turf all the zones there. I didn’t really want to cycle all the way there, spend a couple of hours turfing all 45 zones, then cycle all the way back to Bonnyrigg. Neither my legs or my dodgy back would be very happy about that! However, our wee Ford Fiesta is really too small for bikes, even with the front wheel removed. Yes, you could also remove the rear wheel but what an oily messy pain-in-the-ass job that always turns out to be. I would be hunting uniques today, trying to close the gap for that 1000 Unique medal.

I used to have a tow bar mounted bike-rack on my Bentley Continental GT V8, sorry, dreaming again, Ford Focus, but we parted company as part of my retirement downsizing. What I really needed was a bigger car, or better, a van. My perfectly logical suggestion that a nice van, a Ford Transit Custom M-Sport would be ideal, resulted in me getting “The Look”. You know the one wives give their husbands when they suggest perfectly sensible ideas? I even suggested that she could carry three of her golfing buddies and all their golf gear as well, including electric trolleys! Why don’t you just put a tow bar on the Fiesta? Well, I suppose, okay then. 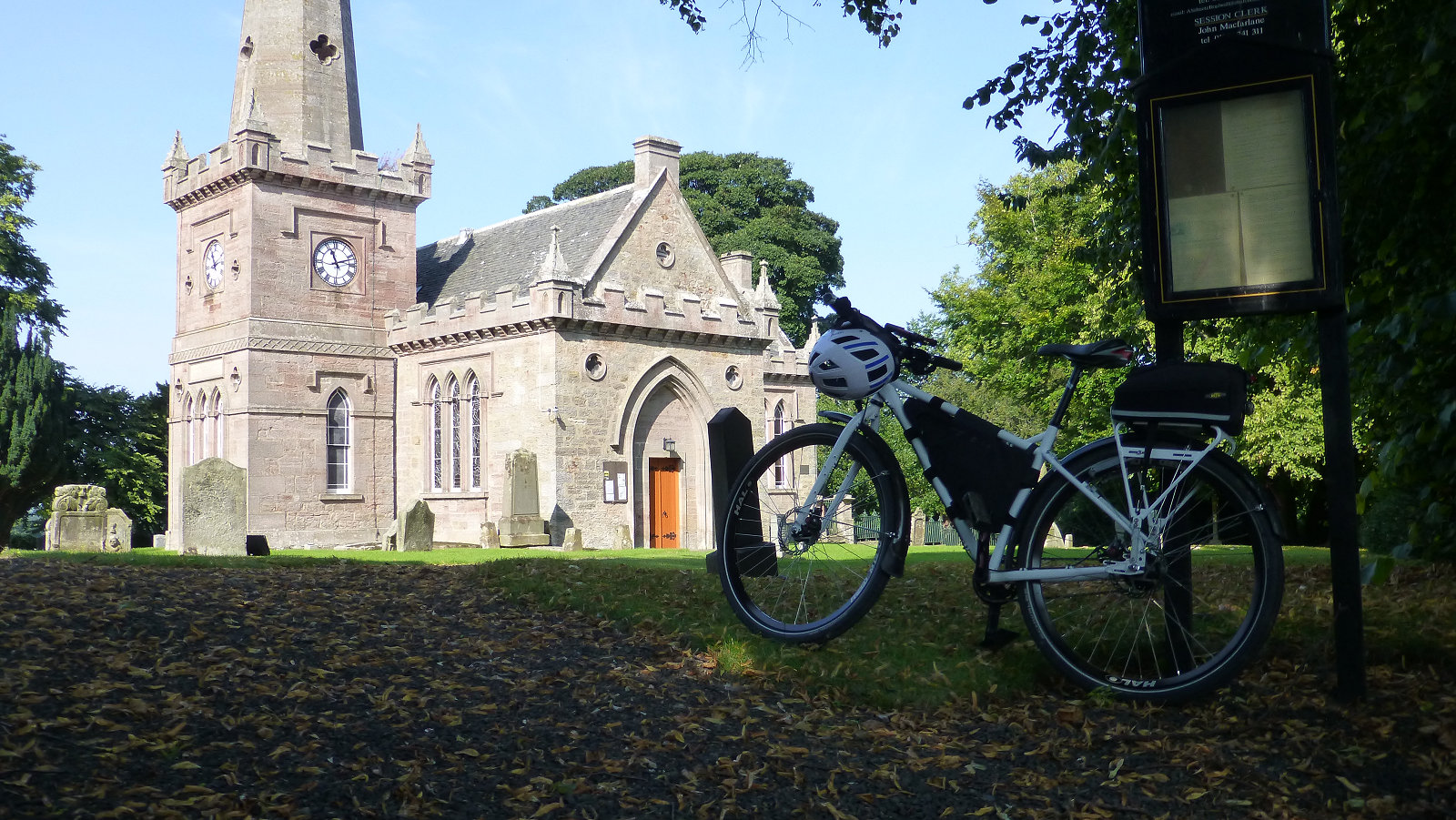 Anyway, a tow bar is now ordered and I’ll fit that when it arrives in a few days, so another plan was needed. Eventually, I decided I’d cycle up to Pencaitland along the railway cycle path, pop across to Haddington via East and West Saltoun, head along another railway path to Longniddry, the back across to Pencaitland, and finally home to Bonnyrigg. Yes, a fair trek of around 40 miles but I wouldn’t be spending another two hours turfing Haddington. That could wait for another day. And most of the zone takes would be uniques towards my 1000 Unique medal.

I set off about 9.30 am, after the ritual morning coffee and four-fingered Kit-Kat at 9.00 am precisely, and made my way across Bonnyrigg, Eskbank and Dalkeith, taking a few zones along the way. The Pencaitland railway path offered up a few more takes but it was only when I reached zone NearA6093, located between Ormiston and Pencaitland, that I started to collect uniques. From this point onwards, all the way to Haddington, and across to Longniddry, all the zones would be uniques. 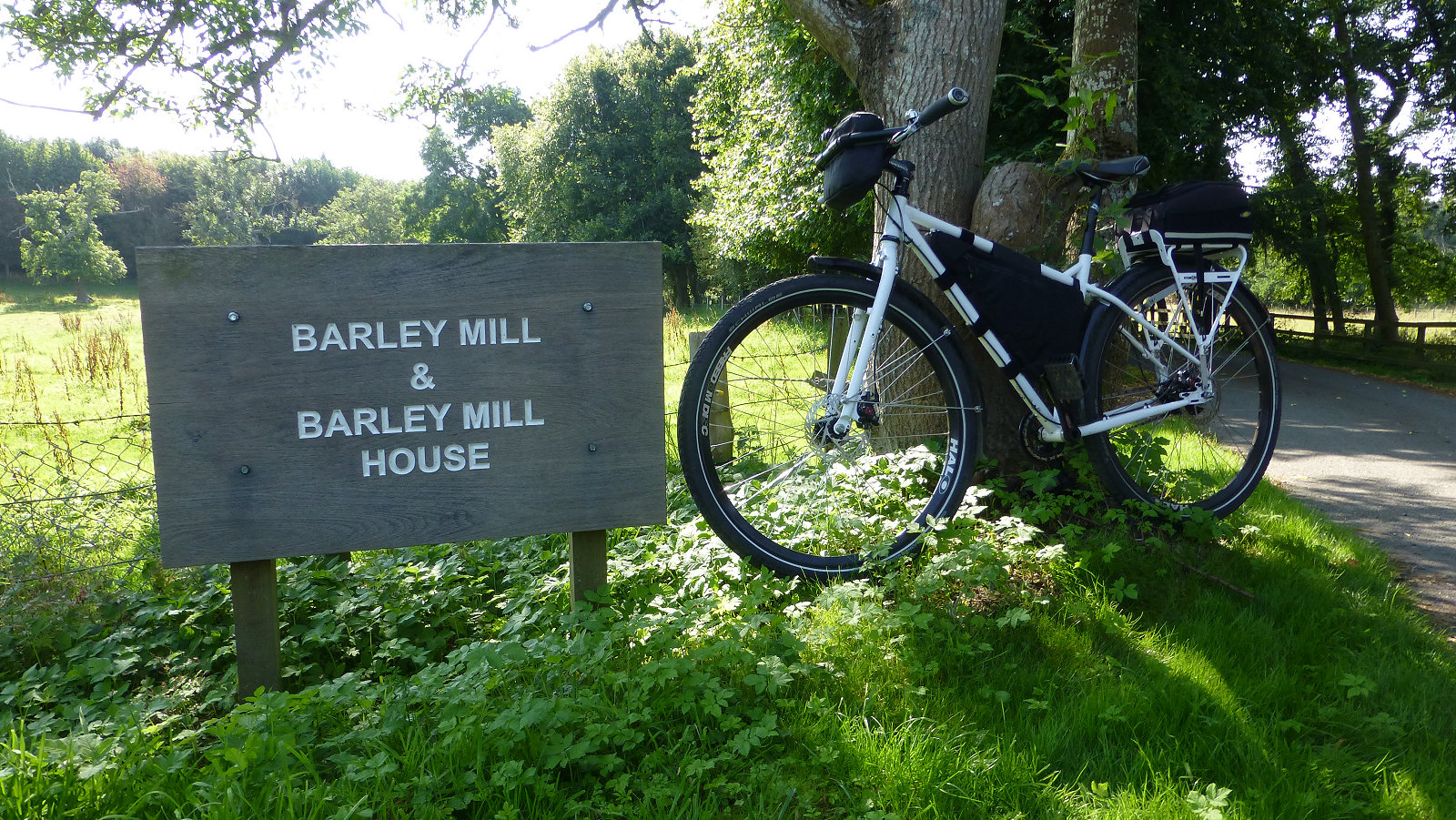 Cycling along railway paths is usually fairly easy, regardless of which direction you are travelling, unless you have a strong headwind, of course. Trains cannot negotiate steep gradients, all the better for us turfing cyclists. At zone ToOrmiston, the railway path ends and I was now onto smooth tarmac minor roads, heading for West Saltoun, taking zones BrinsBin and WestSaltoun, then onwards to EastSaltoun and its single zone, HolySaltoun, a neat little church as you might have guessed.

Haddington was my next destination. The road was again good quality smooth tarmac, with little traffic and gentle gradients. All making for some easy and enjoyable cycling and a good ten uniques taken along the way. The scenery was typical East Lothian, rolling fields of crops, many in the process of being harvested. You can spot the combination harvesters from miles away, billowing clouds of dust mark their good work. A good tip for cycling. If you notice grain scattered on the road, watch out for tractors. 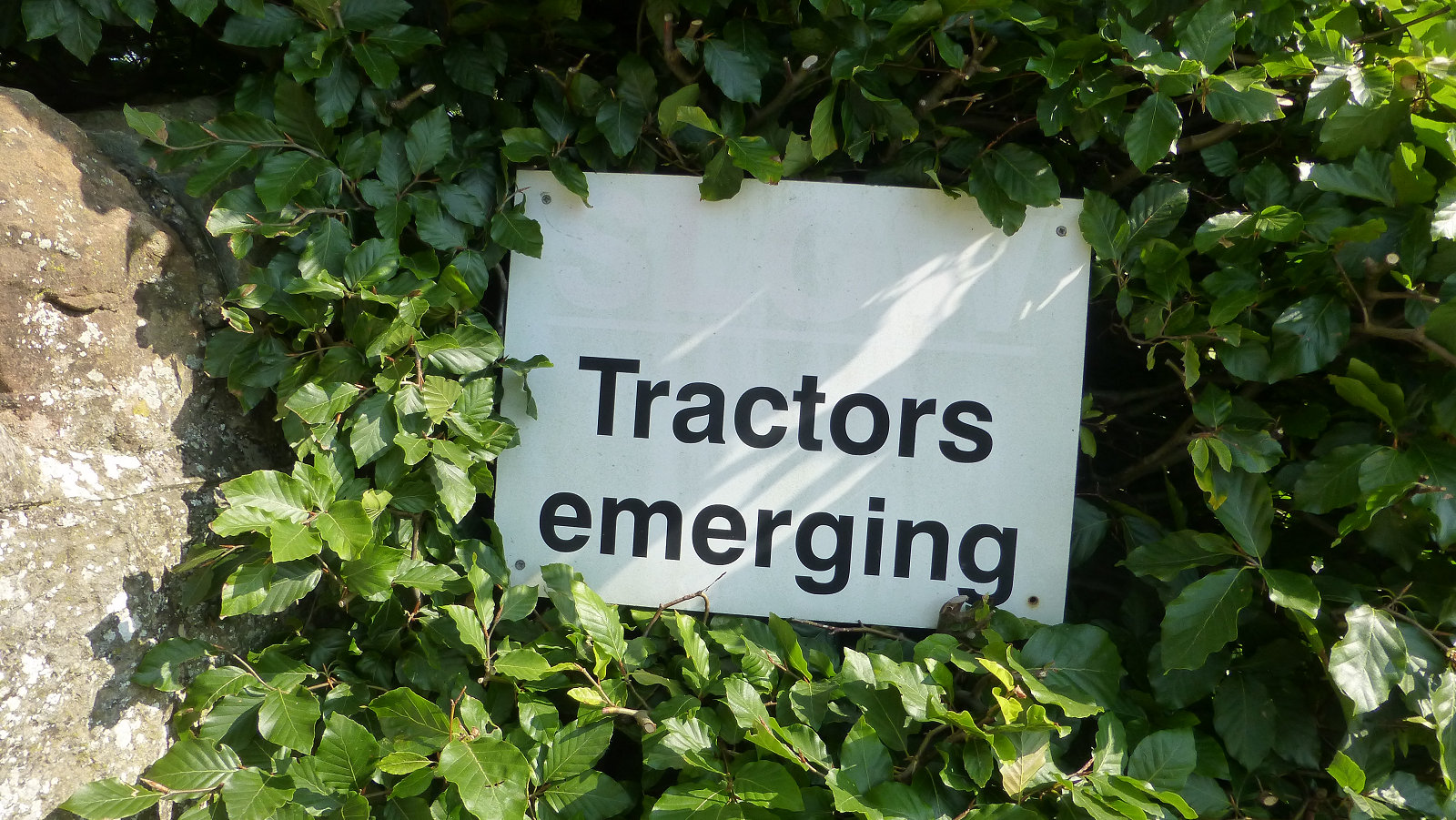 There was one sign I spotted that made me laugh. It stated “Tractors Emerging”. I’m not sure why but I immediately thought about butterflies emerging from a chrysalis. Do tractors start of as caterpillar tractors, create a cocoon, overwinter in the tractor shed, then emerge as a brand spanking new Speckled Red Massey Ferguson or Farmyard Blue Ford. Strange what the mind comes up with while cycling along. Also spotted, was a field of cabbages with a portable toilet. Very thoughtful of the landowner, I thought, considering the effect that eating cabbages can have. 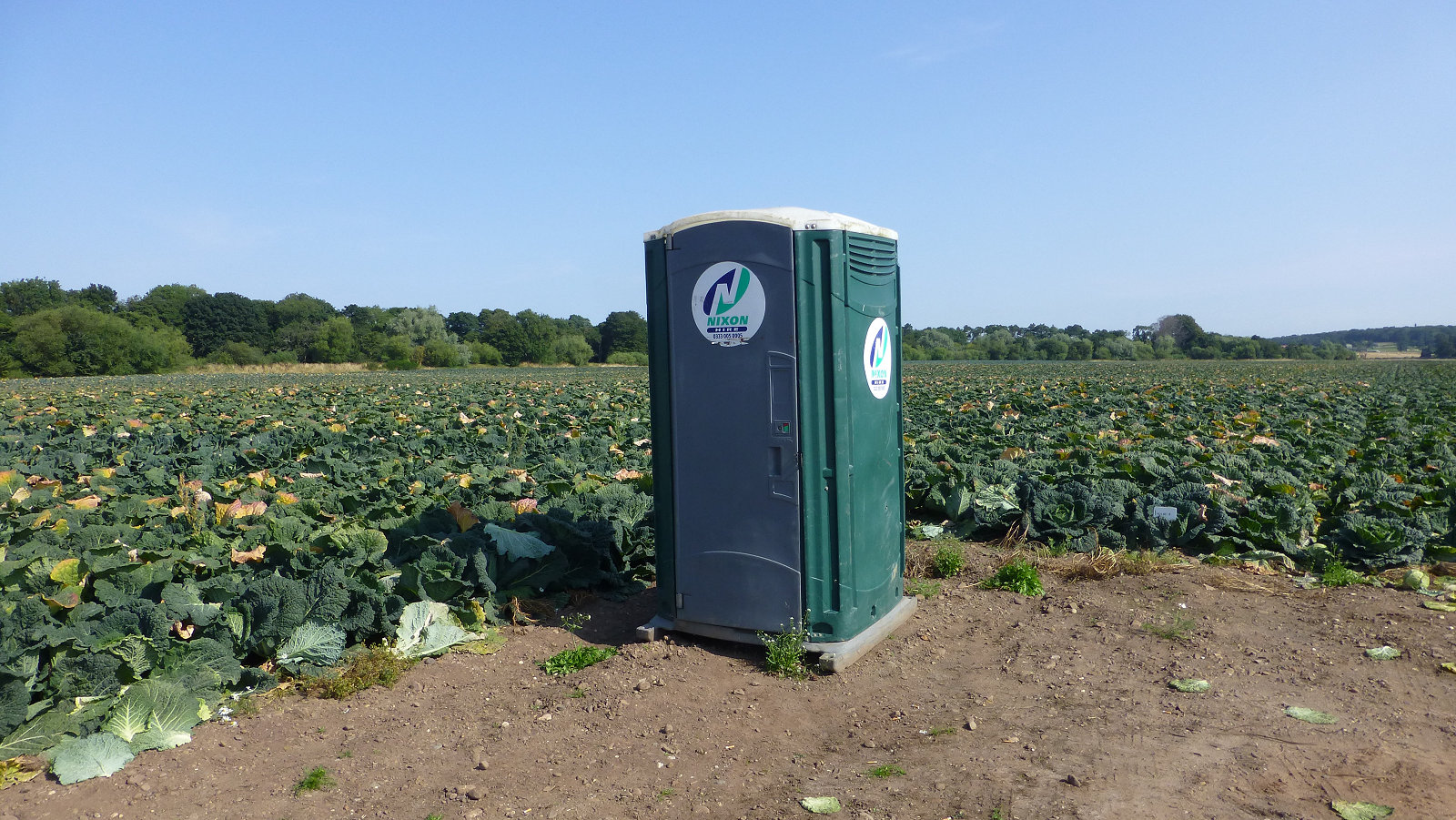 At zone ExitHaddie, I left the road and entered Haddie (that’s Haddington, in case you hadn’t worked that one out!), riding down a very rough narrow gravel footpath to a small bridge (zone BridgeNo3) taking me across the River Tyne and into the town. It was a lovely shady spot and a nearby bench was too good to good an opportunity to miss as a lunch stop. The morning had started cool but by 12.00 noon I was beginning to get that frazzled by the sun and wind feeling from cycling.

After lunch, I needed a route through Haddington to the cycle path that would take me to Longniddry. There were signposts from where I sat but I didn’t know if they would have any zones along them, so decided to follow my own route and hope for the best. I managed to find and take five zones before spotting another sign indicating the railway path to Longniddry. I think two more zones added than if I’d followed the route signs. 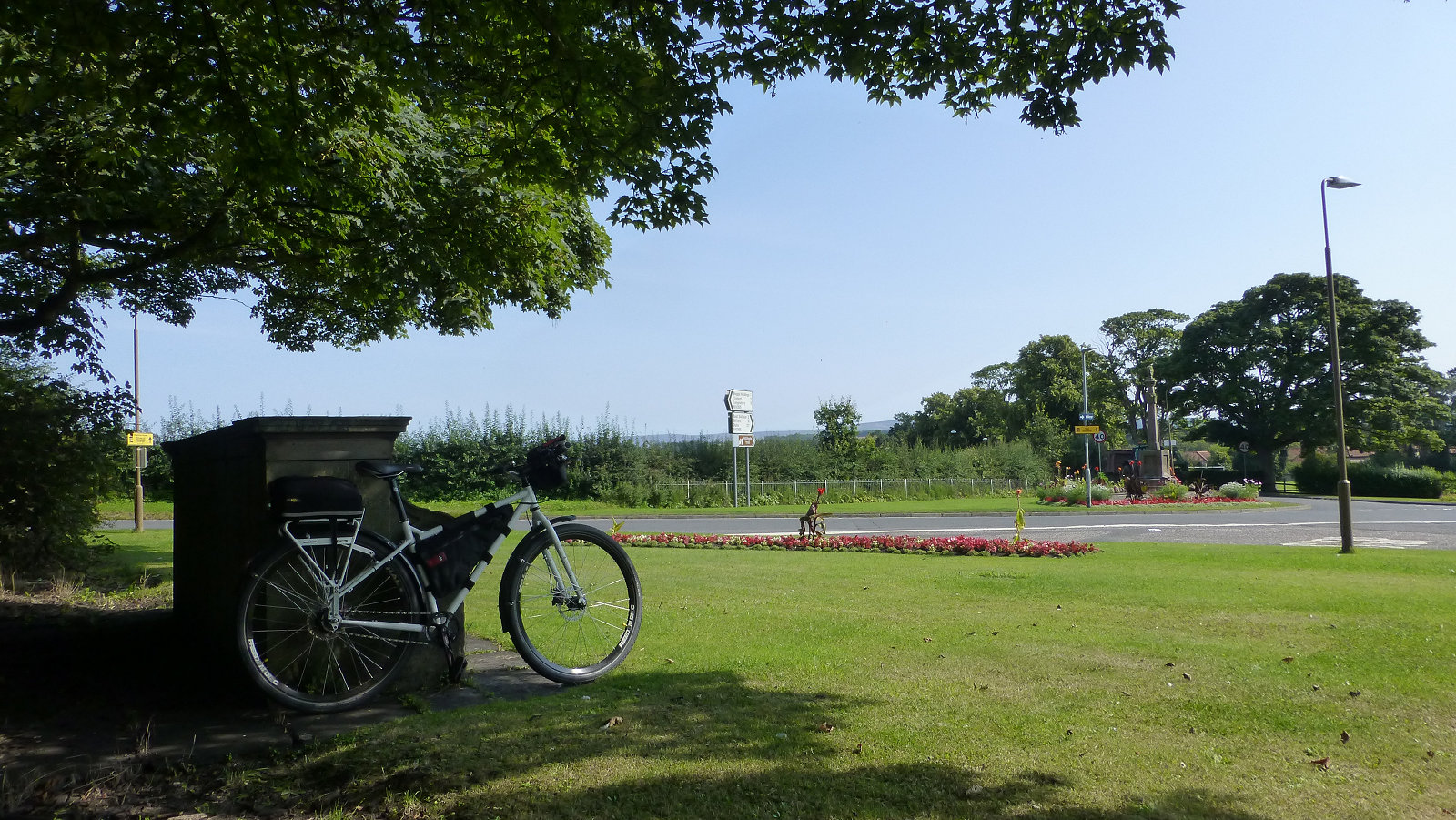 The Haddington to Longniddry Railway Path, starts with an obvious, though gentle, climb, but soon levels off and starts to descend. One thing I’ve noticed about railway paths is they can often have their own micro-climate. It was quite hot today exposed in the sun but welcome pockets of cooler air linger in the sunken hollows along the railway line. Fine today when it’s hot but bloody freezing in the winter months. An easy blast along the railway path added another nine uniques to my tally but I was flagging a bit now and my legs were tired, so stopped at zone TheKitchener in Longniddry for a rest and to decide upon the next part of the journey.

I was very tempted indeed to head straight for home, back along the coast but gave myself a good talking too. Pull yourself together young man! Don’t be a *Horace Wimp! It’s not much further really! So, having embarrassed myself by calling myself Horace Wimp, opted for my original plan to head back towards Pencaitland. There were plenty of zones dotted about the countryside between here and Pencaitland. I didn’t think I’d get them all but would at least make inroads to bagging a bunch of them. There would still be enough left to warrant another visit to the area, around 14 zones. 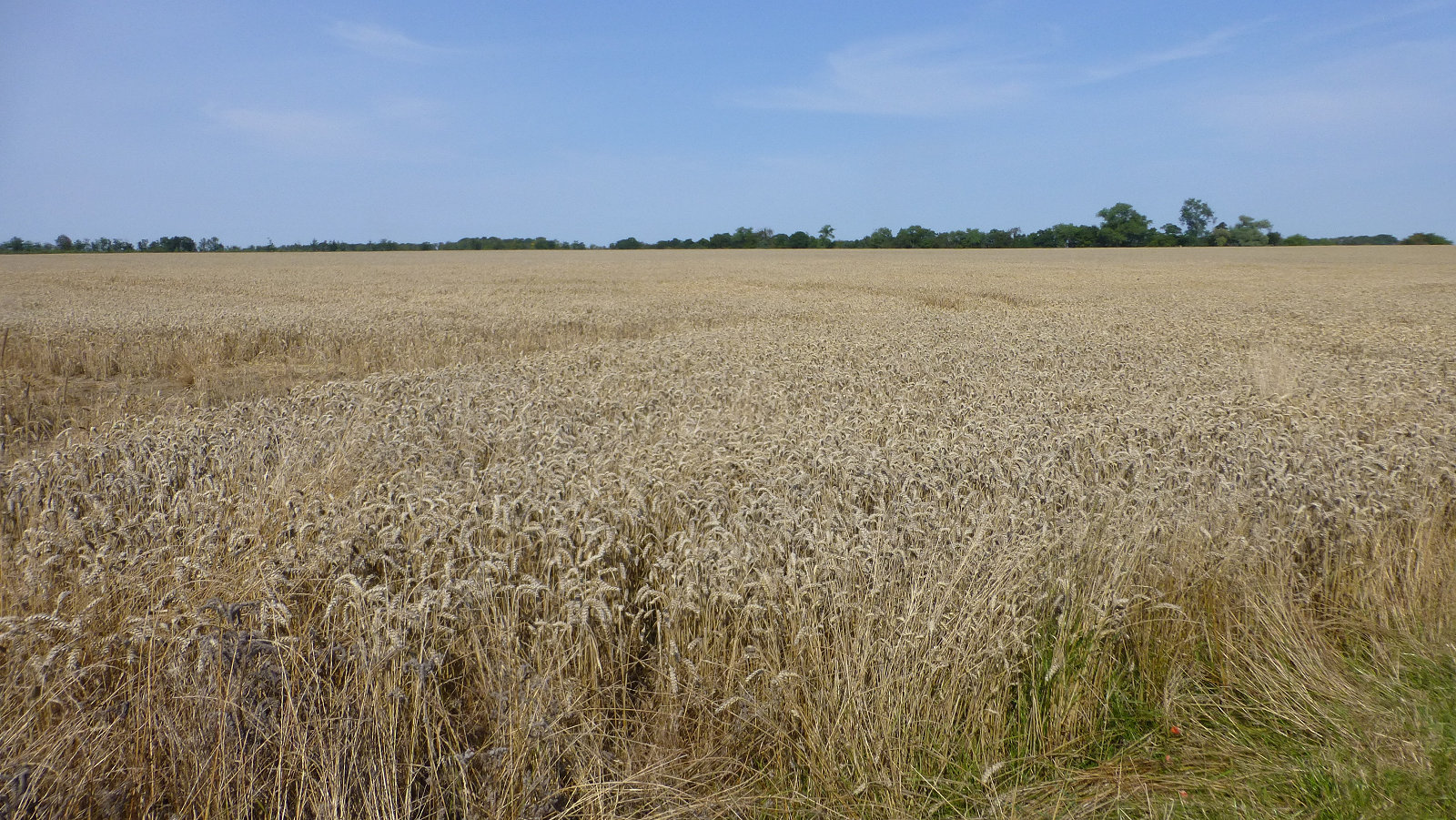 Zone FarFromHome fell to me first, followed by tricky zone LandridgeLime. I say tricky as to access the zone you either have to climb over a steel gate with shark’s teeth along the top, or climb through a low down gap in the gate while trying not to get stung by nettles. I got stung by the nettles. Zone ForthTreeView was next in my sights but the road I thought I could follow was marked PRIVATE, closed and locked. I left it for another day and cycled along to Butterdean Wood for the five zones there. Of course, and I’ve only just noticed this now, totally missing zone GladsmuirKirk in Gladsmuir for some unknown reason. Which is rather annoying, as I cycled right past it.

Butterdean Wood was completely new to me, so it was pretty much a case of finding a path in the general direction of the zone and hoping for the best. It all worked out fairly well and some of the paths were nice smooth gravel but others are largely surface tree roots and quite an uncomfortable challenge on the Surly Ogre with his skinny road tyres. It would have been like floating on air with the fat tyres of the Krampug, or even better, the Pugsley. But job done, zones taken and ever onwards. 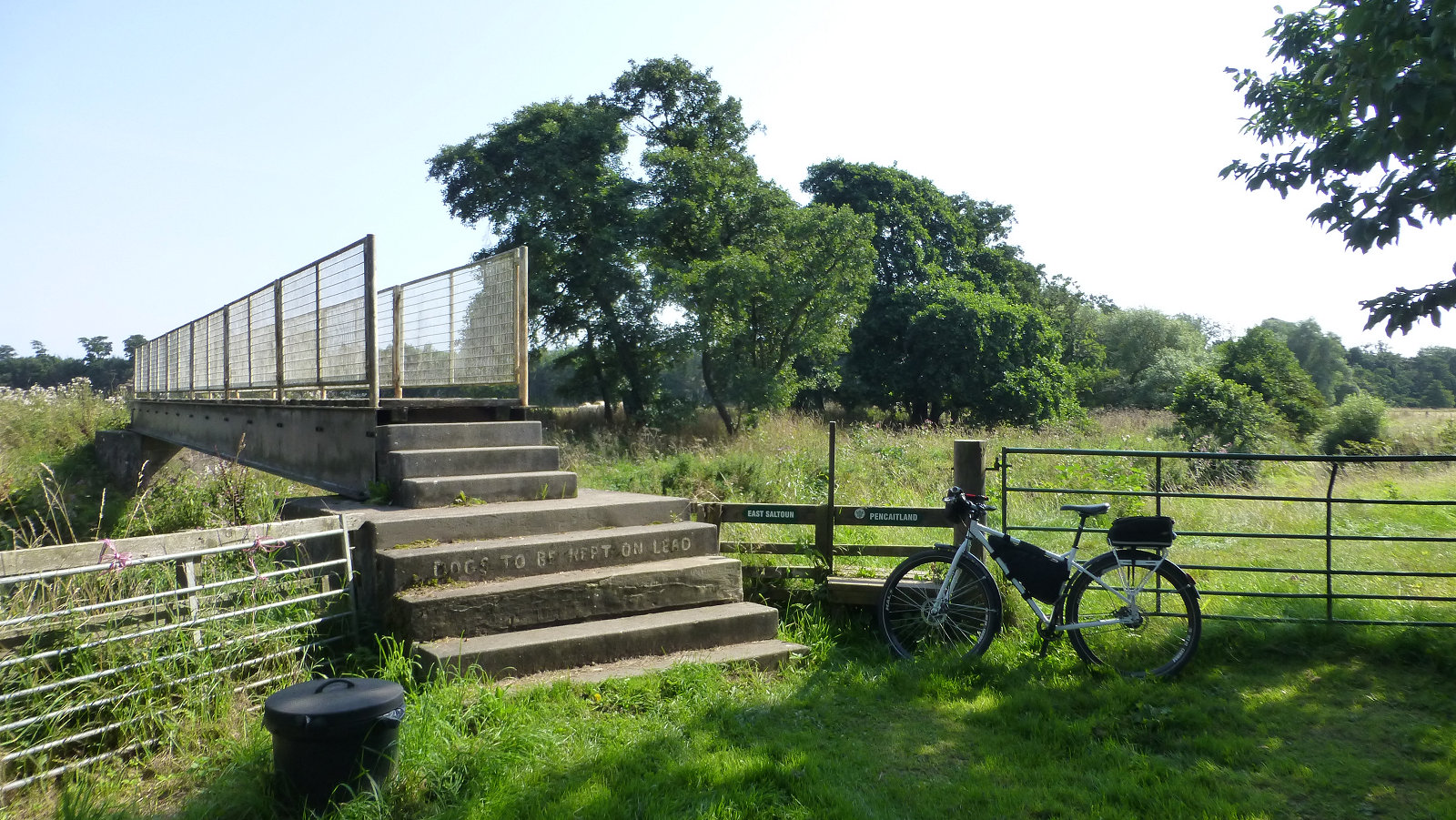 The next three zones were straight enough, NewBoggs, ToNisbet and NisbetBridge. But it was at the latter that I went astray and cycled off in the wrong direction. I wanted zones SaltounView and ParallelField but there didn’t seem any obvious path other than the one on the west side of the River Tyne, but that was the Wrong Side and I ended heading for Pencaitland instead. If I hadn’t been getting so tired I would have found a way but I just wanted to head for home. I still had another 10 miles back to Bonnyrigg, all be it along the railway path. The path along the river from zone NisbetBridge to zone PencaitTyne is tricky, and would be very muddy in wet weather.

Managed to pick off another five zones in Pencaitland before re-joining the Pencaitland to Dalkeith railway path and finally set off for Bonnyrigg and home. It was a long hot day on the saddle, over six hours of mostly cycling but rewarded with 76 takes overall, 51 of them uniques. This brings me within fairly easy shouting distance of my 1000 unique target, only another 123 uniques required. Finally, and you can skip this bit of not interested, it’s about bicycle maintenance again. 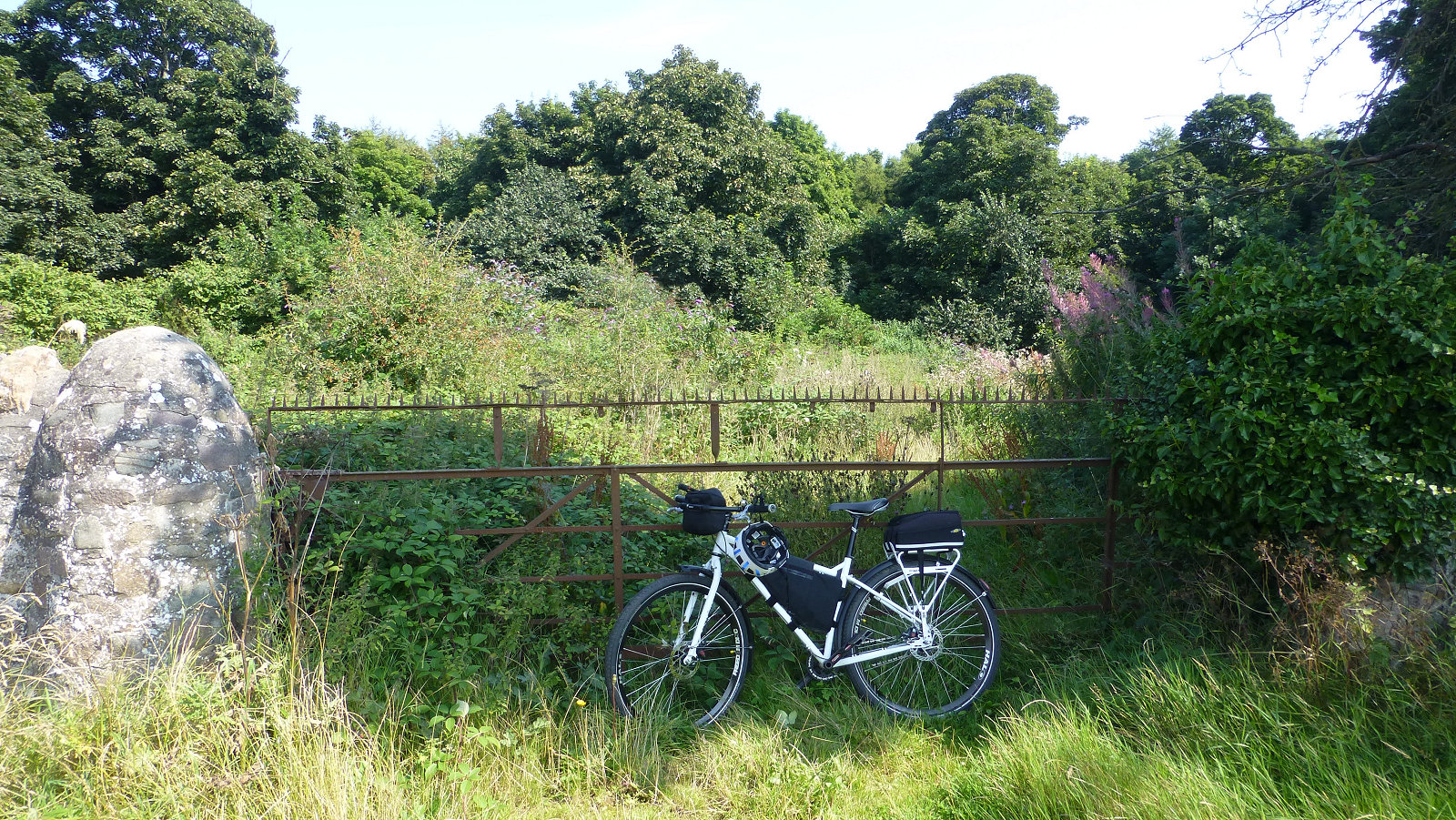 Remember that annoying click-click when pedalling – only the left hand pedal – that I’ve been mentioning over the past few weeks, well, it’s still there and has been all bloody day long. I’ve checked the bottom bracket for wear, stripped and cleaned everything that doesn’t need lubricated, lubricated everything that does needs lubricated at least twice, even replaced the chainring bolts but failed to solve the problem. However, while cycling today I pondered the problem, trying to think out-of-the-box. Question, what was actually causing the click?

Probable answer, two pieces of metal moving against each other. So, how do you fix that? You can either stop them moving and I’ve tried that to no avail. Or, and this was the Eureka moment, lubricate them. Back home I re-checked everything that could move or rub together and noticed the pedal threads were a little dry. I’d already swapped the pedals from another bike and they didn’t squeak there but gave the threads on the cranks a tiny touch of grease, torqued them up and lo and behold, no squeak. Lets us pray and hope the blissful silence lasts. Fingers crossed. Until next time.