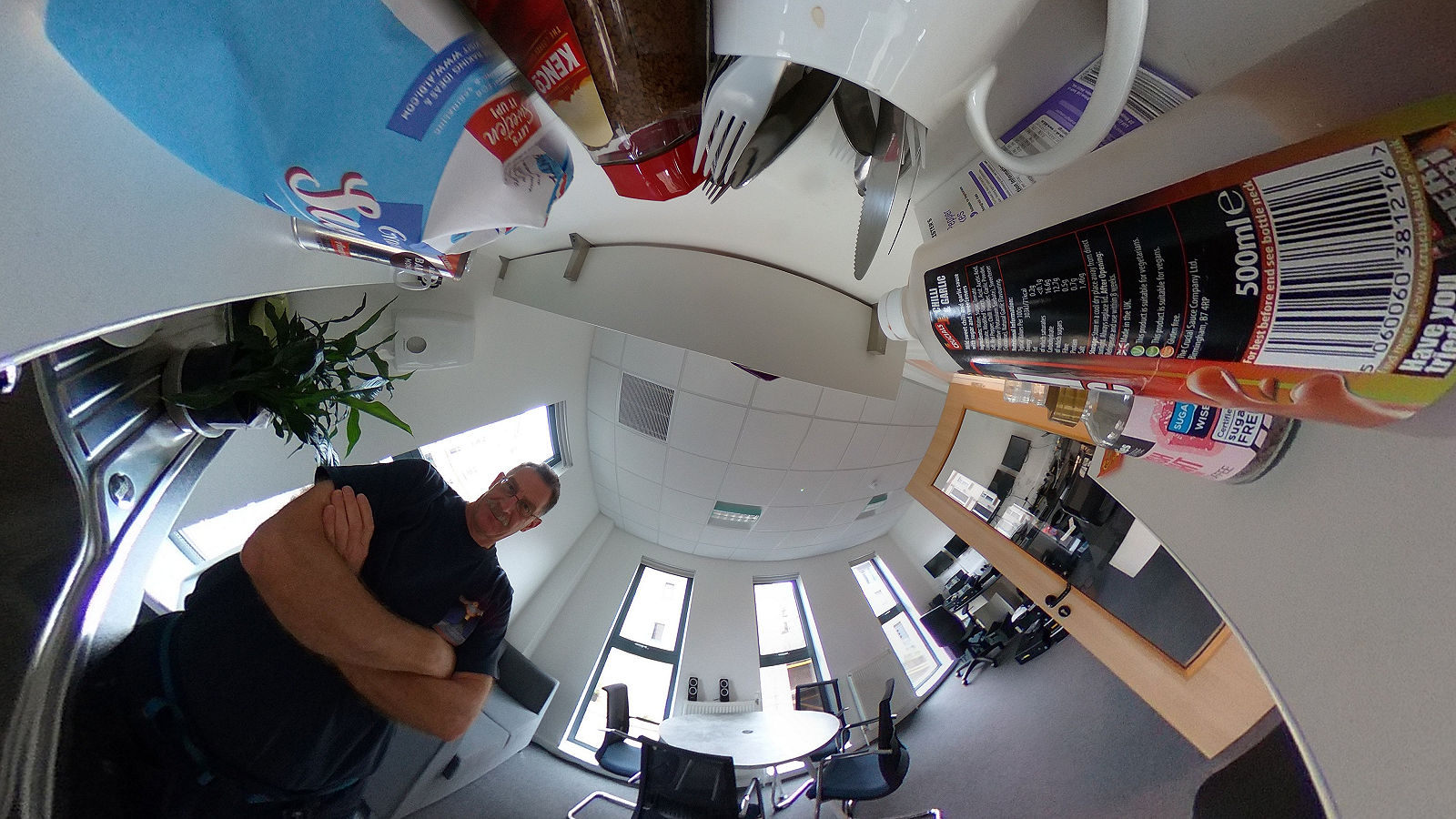 Over the past few months I’ve realised something interesting about turfing, though some may find this unsettling. When you are out turfing, apparently on your own, cycling, walking, running, kick scooting or flying through the air in your Gravity Industries “Iron Man” jet suit, here, there and everywhere in between, taking zones and points, you might think you are alone, and in the real world you may very well be physically alone, but it is quite possible that your every move is being watched. I’m talking about the turf app and turf website, of course. Big Brother, Big Sister, your parents, your disgruntled ex-partner, Martians from Mars (not the chocolate company), in fact, anyone in the world, may be out there watching you.

In a way, it’s quite nice to get a message from another turfer, enquiring how you are enjoying turfing a particular area, they, having been watching you on the app or on the website. Personally, I don’t mind at all. Happened to me the other day in Longniddry. In fact, I find it quite astonishing that anyone would be interested in watching my turfing activities. But then again, I do the same thing myself. There is always useful intelligence to get gleamed from the activities of your turfing competitors. Where they turf, when they turf, how they turf, the routes they take, when they are not turfing, and so on and so forth. All useful knowledge when you are planning your own turfing, for example, when attempting certain medals, such as the Greed 200.

But what does this open display of our public where-about when turfing really mean? Okay, you can switch off your GPS between zones but you need to switch it on again to take the zones, and this leave a digital trail, all recorded on a top-secret AI-server in the Skynet high security zone, patrolled by Sid Vicious the elderly guard dog and his equally elderly handler Mr Terminator, somewhere in the deepest darkest pine-scented forests of Scandinavia. And does it really matter?

Personally, I don’t think it matters. When you think about it, it’s not you physically that’s being tracked, its actually your turf account, its poor old Turfman that’s being tracked. Or more accurately your mobile phone and it could be in the hands of anybody. When we sign up to play turf, there are little in the way of real-world checks other than an email address, and those are easy enough to spoof or fake, if you have the know-how.

It’s a different matter with your mobile phone number. You will have probably signed up for this like the good honest citizen that you are, passing over your full name, home address, postcode, colour of your underwear (if any) and if you prefer to sleep naked at night or prefer your favourite Wallace and Gromit pyjamas. All this can be traced and tracked should the authorities of law and disorder require to do so. Same with any Google account you have signed in and running on the mobile phone, unless you’ve turned off things like location access, and God’s knows what other evil advertising and marketing demons are lurking there in the background of your mobile phone keeping an eye on you.

Broadcasting your location while turfing will be, for the most part, perfectly safe, and I’m not going to go into all the possible bad things that might happen to you because someone, (or something), knows where you are – I strongly suspect that alien abduction is only a myth and devised in Hollywood to sell movies, probably – it’s all very, very unlikely that anything bad will happen. In fact, quite the opposite. If people who care for you, such as friends, your family, rival turfers and the spooks at MI6 and so on, know where you are, they can find you and render any assistance should the need arise.

Having said that, while bad things are unlikely, irritating and annoying things are very likely. Sometimes you just want to be left alone, to get on with your turfing but sometimes other turfers track you down, engage you in conversation, hold you back and generally get in the way of you taking zones and gathering points. They might even tag along for hours doing “Assists”. This tends to happen to the elite turfers, turf royalty and those with a more public face to the world. Personally, I don’t mind at all. It’s always nice to meet other turfers. They are a great source of experience, news, views and what’s happening on Turf world in the future. All good stuff for the blog.

I wonder if the Police are aware of Turf? You might imagine a crime has been committed at a certain location, say, a bank robbery. The criminals would have to travel to and from the scene of the crime, and it would be quite likely they would pass some turf zones and there’s a record of which turfers were at which zones around the same time as the crime took place, and may potentially be witnesses or have useful information that would assist the Police. I’m sure they do.

So, what else does our Turfman icon tell the world about our activities? Well, it tells the world where we (remember, our mobile phone, not us) are located at the present time and where we have been all the way back to the day we first started turfing, when we were at specific locations, namely zones. It also reveals the route we travelled, how long we stayed at the zones, how long it took us to travel between the zones and no doubt a few other facts and figures as well, such as where we stopped for lunch or to take a comfort break. It also reveals any others turfer we met on the way as well. Probably all very harmless unless you been up to something naughty, such as cycling on the pavement, running a red light at 2.00 am or having a romatic affair with another turfer. Tut tut!

There’s also personal information you can determine from watching another turfers icon on the app or web page. It’s not too difficult to work out where a turfer lives, might just the the general area of a town or city, could even be the street or exact house. Same with their workplace. With my own workplace in Edinburgh, I looked at the zones I’d taken and my office was pretty much dead-centre in the cluster of zones I’d taken. Just something to be aware off. It’s a good tip not to switch on your GPS at home when running the turf app.

Please don’t be too alarmed by any of the above, no matter what we do on a daily basis some form of data trail is left behind, when we go shopping, when we drive the car, when we use the Internet, when we use our mobile phone, when we watch the gogglebox in the evening and so on.  Even when we walk along the street, a camera somewhere will record an image of us. Cameras are everywhere, CCTV systems on the streets, CCTV on commercial and private properties, even dashcams on cars, buses and lorries. Then there’s satellites with cameras that can read a newspaper, Google streetview, ANPR (Automatic Number Plate Recognition), etc, etc.

So, there’s no getting away from the fact that we live in a surveillance society. But should you care? Personally, I don’t care and hope its all for the good of society and as long as it doesn’t interfere with my turfing, my weekly supply of four-finger Kit-Kats and my ability to ride my bike, fine. All the best.