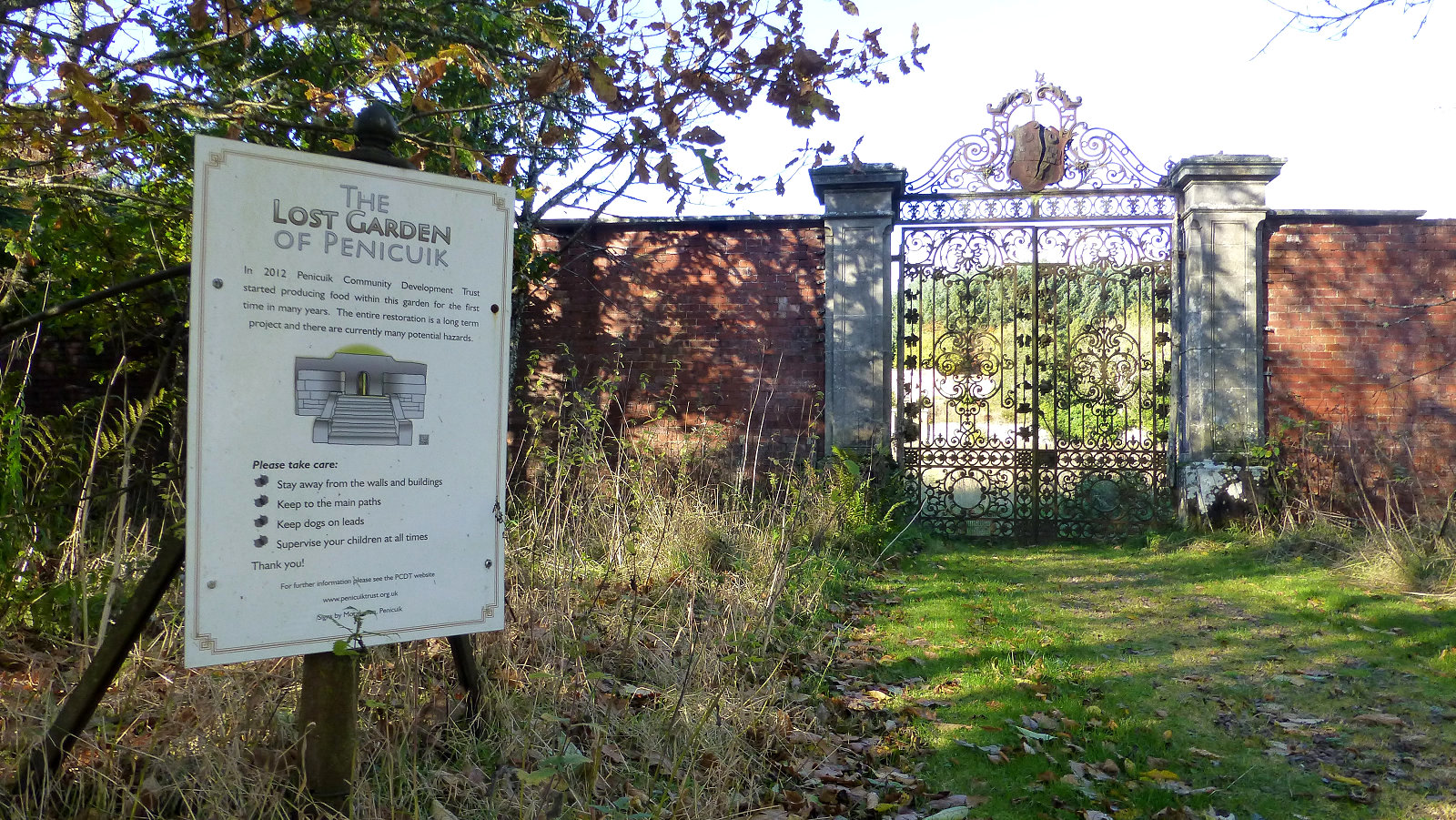 My original plan today was to nip along the Dalkeith to Penicuik cycleway as far as Rosewell, have an easy spin around the village and Whitehill estate with my trusty iron steed, Ogre, and grab enough zones for my Five-A-Day. However, by the time I’d reached zone EnterRosewell, not only had I completed my required five zones, but I’d already changed my mind and decided to continue onwards for Penicuik. There, to grab the three uniques zones that have been in the back of my mind for some time. You know how it is? You’ve taken most of the uniques in an area and the few that remain just make it a bit untidy.

After the smooth tarmac between Bonnyrigg and Rosewell, the track reverts to gravel, which is a shame. It would be nice if the entire route was tarmac. Perhaps it will be some day. It was very quiet today and it was only when I reached zone FirthViaduct that I started to come across the usual dog walkers, runners and pram-pushers with numbers gradually increasing as I reached Penicuik. It’s a good run of zones from the Bonnyrigg outskirts to Valley Field pond, an easy 21 zones for the taking along the way. You can add another 7 if you start at Tesco, Eskbank. The three unique zones I was hunting for are GettingThere, BogWood and ParadiseLost.

The first unique, GettingThere, is located on the south side of the River North Esk, with access starting at Alderbank, beside Penicuik South Kirk. The path here is one of the roughest I’ve come across, comprising well-eroded gravel with numerous rocks protruding and catching the unwary. There’s even the odd brick or two for added excitement. The carpet of autumn leaves did not help matters either, concealing a multitude of nasty surprises. Once you’ve tackled the climb you are offered a choice of paths to take, either right or left. Unable to decide, I used my own version of a well-known rhyme.

I chose the right path, which turned out to be the wrong path, as it misses the zone. I should have kept left and followed the track along the edge of the field. But rather than return the same way, I lifted the lifted Ogre across the fence and returned that way. Zone taken. For additional interest, the quarry like feature beside the fork in the trail mentioned above is actually the result of a landslide in 2007, when weeks of prolonged and intensive rainfall led to the slippage of buried industrial waste dumped by local paper mills. There’s an interesting, if somewhat technical account, here. On to the next one, BogWood.

When I originally tried for this zone I couldn’t see any obvious route to it, though I recall being tired at the time and probably didn’t try very hard. Today I saw a woman walking her dog in the woods bordering the playing fields and guessed that’s where the path was. And indeed it was. The path was quite muddy and my road tyres were slipping and sliding all over the place. All good fun! After taking the zone, I wanted to head for the Penicuik House estate and continued along the path which ended at the A766 Carlops Road, exactly where I wanted to be. I cannot say I enjoyed cycling along the road as traffic was mental.

Zone ParadiseLost was the final unique of the three. I was put off taking this zone on my earlier visit by all the No Entry and Private signs dotted about the estate. However, discussions with local turfers Hodge and Aibo, gave me enough guidance to tackle the zone. I started at the car park along the A766 and lifted the Ogre across the fence and followed the track running diagonally across the field. It took me straight to the zone. The gardens must have been quiet splendid in their heyday. Stopped in a sunny spot for lunch near the ornamental gates and also had a look at the bricks on the wall, thinking they might have an interesting brickmark. However, they were perforated bricks without any brickmark. Most disappointing.

Mission accomplished, I decided to cycle through Penicuik, picking off any close-by zones on the way and head for Roslin. At zone ToTheStripes, I’d previously noted a sign post indicating a route to Loanhead Railway Path and had wanted to check it out. The path emerged at zone RoslinBattle on the cycleway. There, I was greeted by turfer Tandem, who was out taking the last few zones for her Diversiest medal, given to the turfer who has visited 1,000 round unique zones during the same round. She only had about 20 to get. Well done, Tandem. I see you got your medal.

After chatting for a while, I continued along the cycleway to Shawfair, adding another 17 very easy zones, then heading across to the Sheriffhall roundabout to dice with death trying to cross and that was using the footpaths! Then a fast pedal down the A7 for home. Not a bad day on the bike, with 58 zones in total and some good exercise. Back soon.