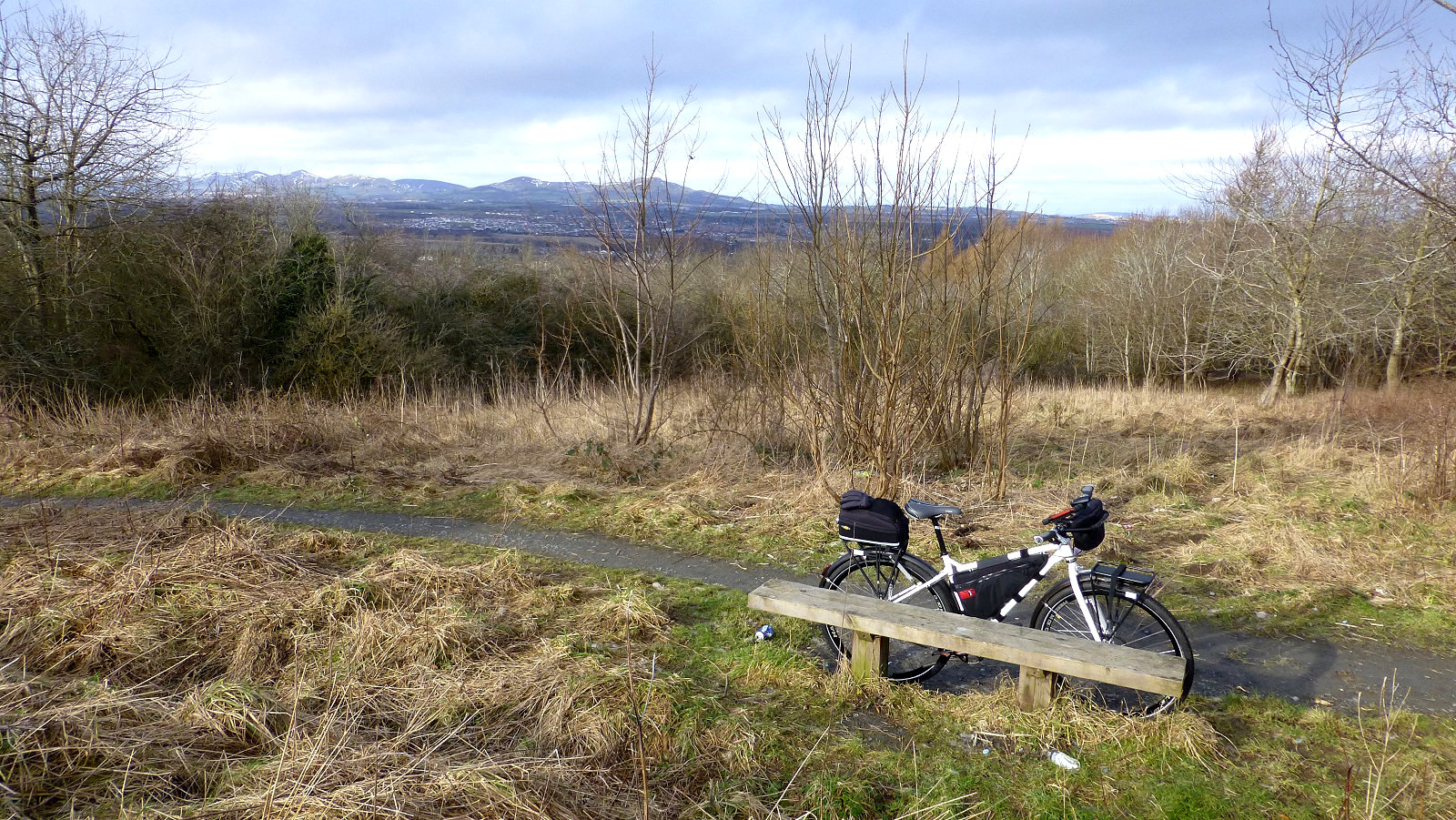 Time for a quick catch up regarding my ongoing attempt for the Diversier medal. Wednesday 11th saw me across in the Mayfield area of Dalkeith, adding another 19 zones to my total, which is now sitting at 231, so just about half way towards that distant 500 round uniques with plenty of time still to go.

Not much to say about my visit to Mayfield, other than the hills are still just as hilly as on my previous visit and the poor roads are just as poor, but on the bright side the heavy rain forecast for the morning never appeared, at least not until later that evening. Not much turfing activity in Mayfield other than a brief appearance, and equally sudden disappearance, from turfer RebelScum (a Star Wars fan perhaps?) who grabbed three zones slap bang in the middle of my intended route just as I was about to take them. However, a quick re-route and the zone blocks had cleared by the time I came back that way.

The Surly Ogre still has that annoying click when I turn the pedals. I’ve stripped the cranks down twice now, cleaned them and even secured the bolts with thread locking compound but still to no avail. I’ve even cleaned and greased the cranks arms and bottom bracket. The crank bolts are the most likely source of the click and I’ve ordered a new steel set along with a dedicated crank bolt tool to tighten them. Wish me luck.

I’m off down to Selkirk in the Scottish Borders tomorrow to carry out some concrete and render repairs to my elderly parent’s house, so don’t see me having much time for turfing. There’s not a single turf zone in Selkirk anyway, something I intend to remedy soon. However, should be back for the evening shift and hope to get out and about. Mind you, my preference for night-time turfing might just see me out on the Swifty kick scooter taking Roslin, Loanhead and the Danderhall areas, in the wee small hours.

I actually starting writing this page with an idea I got from the turf name RebelScum which had me thinking of Star Wars but the story ran out of steam. Here it is anyway.

“A short time ago, in a galaxy not so far away… Stormtrooper G’ary hated being in the Imperial Navy. And the Imperial Navy hated Stormtrooper G’ary equally in return, apparently going out of their way to make his life a misery. Even his alleged rank, Stormtrooper, was a joke of sorts. The few friends he still had, referred to him as Shit-trooper G’ary, as most of this three long tedious years-service had been spent maintaining, and it must be said, with total dedication to ruthless inefficiently and ineptitude, the Death Star’s waste recycling plant, more often than not manually clearing out the blockages when the aging mechanism failed. And it failed about three times a week.

The shit really hit the proverbial fan yesterday when a blockage in the private washroom used by Supreme Commander Darth Turf, resulted in a considerable surge of some rather pungent effluent coating the walls, floor and most of the ceiling. Let us say that certain ranking officials in the Imperial Navy were not amused, not in the slightest. So, discussions took place behind closed doors and Shit-trooper G’ary was summoned to a meeting.

Fortunately, or perhaps unfortunately, Shit-trooper G’ary had been demoted so often that there was nothing left to demote him down to. He was already the lowest of the low. Anyway, to cut a long sad story short, Shit-trooper Engineer G’ary was given a Top Secret mission. The thinking from the Imperial Navy Top Brass was to get him off the Death Star as soon as possible, dump him somewhere where he couldn’t possible do any harm, delete all records of his existence and in effect, throw away the key.

The top secret mission that Stormtrooper G’ary had been given was as follows:

“Proceed to Earth, Solar System. Infiltrate Mayfield-Midlothian rebel stronghold. Report on 19 Turf zones as per attached. Act on own initiative. Take as long as you like.”

Stormtrooper G’ary was delighted. His unique talents had finally been recognised and as a keen Turfer, having turfed zones on the planet Coruscant and even the dry desert planet of Tatooine, he knew he was the ideal Stormtrooper for the mission.”