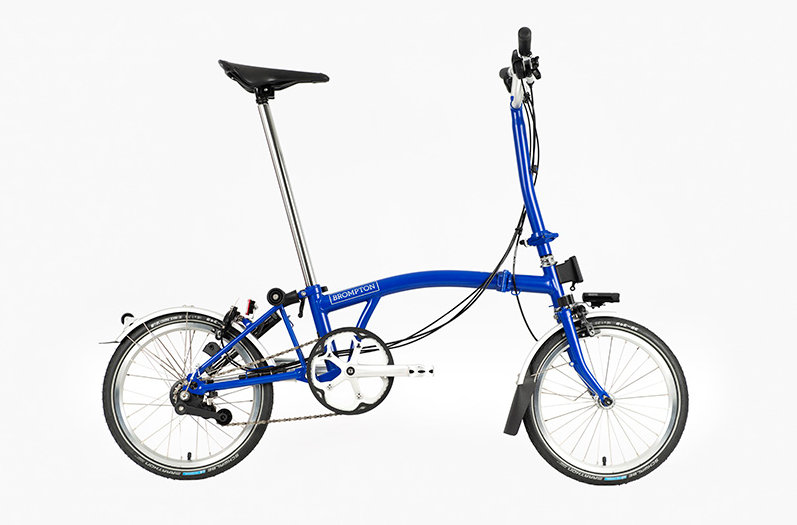 09.41 am precisely. Cockpen Brixwold Bank bus stop, Bonnyrigg. I’m waiting for the No 31 bus to arrive. Yes, making use of my cherished National Entitlement Card (NEC), aka bus pass, and off into the Big City again. Why, for two reasons. The first is for a change of scenery for my Five-A-Day and secondly, to feast my eyes on a real live Brompton folding bicycle before I make a decision to purchase one, or not, whatever the case may be.

You may recall back on the 4th November, I ordered another kick scooter, the folding Swifty One, bought with the idea of being able to carry it on the local bus service. However, twice now the delivery date has been put back and I also recall noticing the same while I was considering the purchase. I find this rather annoying. Not just the delivery delay but also the fact that they’ve already taken all the money from the account, which I feel is very naughty. Having said that, perhaps I’m just being a bit grumpy. Therefore, said order has been cancelled and I’ve decided to look at Plan B, a folding bicycle, namely a Brompton.

Hopping off the bus at Newington, I set about my turfing/looking at bikes plan for the day. Now, while I was obviously going to be taking a few zones for my Daily-5, they would not just be any old zones. No, I was hunting uniquely for uniques. Having been turfing in the centre of Edinburgh a few times, I’d taken quite a few zones but there were still plenty of uniques dotted about the place. I like to totally clear an area if possible, finding that easier when trying to keep track of uniques I’ve taken or not taken.

First zone was the unusually named Baguazone. I couldn’t work out the naming of this one at first but recalled that bagua are the eight Taoist symbols representing the fundamental principles of reality and consists of eight sets of three lines, broken and unbroken in different combinations, represent natural forces. Lots of lines in the tennis courts and the paths across the Meadows might also represent lines. Interesting.

An easy wander gave me zone MeadowWalk, then it was through the University of Edinburgh buildings for zone GeorgeSquare and feeling rather old with all the young students wandering about, all looking so confident and sure of themselves. Just wait until they start working in the Real World. JedbowWalk was next, so back across the Meadows and a rather chilly wind from the west had me pulling my collar up. I ignored a couple of close-by zones, partly as they were not uniques but also because if I start taking all the zones I come across I’ll never actually get anywhere. Best to stick to the plan. So easy to just take another zone, then another, then another, and before you realise you’re miles away from where you want to be. Been there, done that.

Next, I leave the Meadows area for the Marchmont area and zone MarchmontCres, followed soon by RichOldMan, tucked away in a hidden back alley. Then into Lover’s Loan, a secret wee alley, for zone HatsOn. The next closest unique zone was GrangeGraves, located in Grange Cemetery, with TheChallenger further along the road on my route to Edinburgh Bicycle Co-operative. One final misspelled zone, Buntsfield, which should be Bruntsfield, I think, unless there’s an unknown reason why, and I’d reached my destination.

Thinking back, this last bunch of zones were nothing to write home about. In fact, I can think of nothing to say about them. Probably just my mood at the time. I wonder if there should be another field on the zone maker’s checklist, with the question, how exciting or interesting is this zone? If the zone does not have much of either, then it perhaps should be relocated. Just a thought.

Going into Edinburgh Bicycle Co-operative is always exciting as you never know what you might find, or come away with. You can never have too many bicycles. After all, the correct number of bicycles to own is N+1, where N equals the current number of bicycles owned. Unfortunately, I was not going to be adding to my bicycle collection at the Edinburgh Bicycle Co-operative, no Brompton’s on show here. They are all down in the Canonmills branch, in Rodney Street. Bottoms, is about all I’m going to say, other than to add why would you spend over £10,000 on an electric mountain bike? Yes, £10,000 and more if you like, I kid you not. Crazy money! A few more years and you’ll struggle to find a non-electric bicycle for sale. Bicycles seem to be going the same way as cars.

Having drawn a blank regards Brompton bicycles at the Edinburgh Bicycle Co-operative, I set off for another bicycle shop not too far away in Fountainbridge, Evans Cycles, picking off Laddieszone at Tollcross along the way. Evans Cycles did indeed have a few Brompton’s and I was able to pick the brains of the staff regards them. However, despite being now fully informed I’m still undecided about purchasing one. While the technical design is very clever, visually I just don’t like the look of the bike. Just looks wrong, and awkward, and messy with cables all over the place. And at around £1500 each, not exactly inexpensive. Food for thought.

Back to turfing for uniques again. But not before grabbing a nice bacon and egg sandwich from Sainsbury’s Local in Morrison Street and wandering down to Festival Square to find a bench, taking zone GrandSquare while there. Noticed some turfer activity nearby while munching my lunch. Saw that turfer gaelgirl was heading down Lothian Road but I couldn’t see anyone. She seemed to be switching her GPS off and on as the icon was showing only intermittently on the app. I then spotted her taking zones in Princess Street Gardens. At least we didn’t block each other.

Spent the next couple of hours wandering around the city centre, picking off those odd uniques I been hunting for, adding another dozen to the tally. One zone worth mentioning was RossBridge. I seem to recall reading some messages about not being able to take this zone as the gates over the footbridge are now locked but decided to try anyway. At first I was unable to take the zone, even when reaching over the fence with the phone at arm’s length. However, when leaning on the gate it moved inwards, providing just enough for me to take the zone. So worth a try if you want this one.

Met turfer ElsieSpanner on George Street. It’s funny, you see another turfer locally and try to spot them. I was looking for someone on a bicycle, as I’ve come to associate ElsieSpanner with her bike but today she was on foot. We blethered as turfers tend to do for a while before parting ways. ElsieSpanner heading back to her work and myself off to catch the No 31 bus back to Bonnyrigg.

Been giving a lot of thought towards purchasing a folding bicycle, which is ideal for taking on the bus into Edinburgh and elsewhere. I’ve been checking online and Brompton stock has dropped considerably since yesterday. I’d picked out a likely model, the C Line Explore Fire Coral – Mid, the one with 6-speed gears but it’s now showing as out of stock, though it does seem to be available at other stockists. I don’t know, a folding Brompton bicycle or a folding Swifty One kick scooter? Both have their place but I’m kind of leaning towards the kick scooter again as I can ride it on the pavements and my brief non-scientific tests (see Turf Transport) have shown it to be only marginally slower than cycling, and also a lot more fun. And there’s also the plus of not cycling in city traffic. We shall have to wait and see. 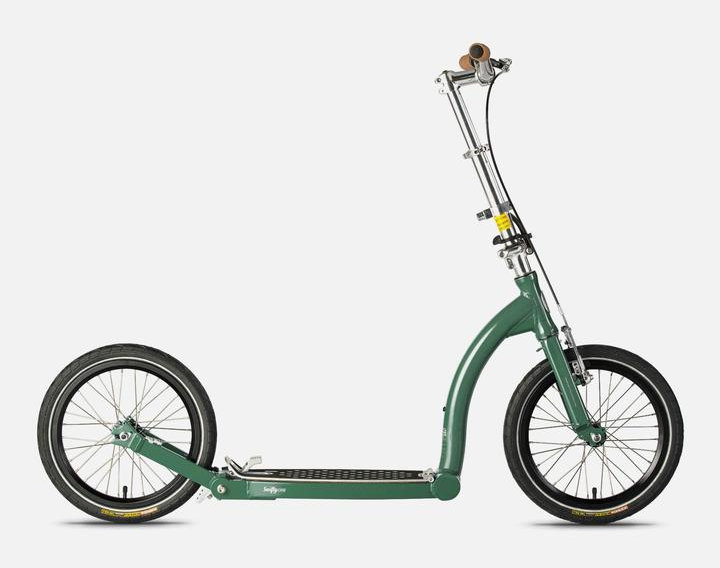