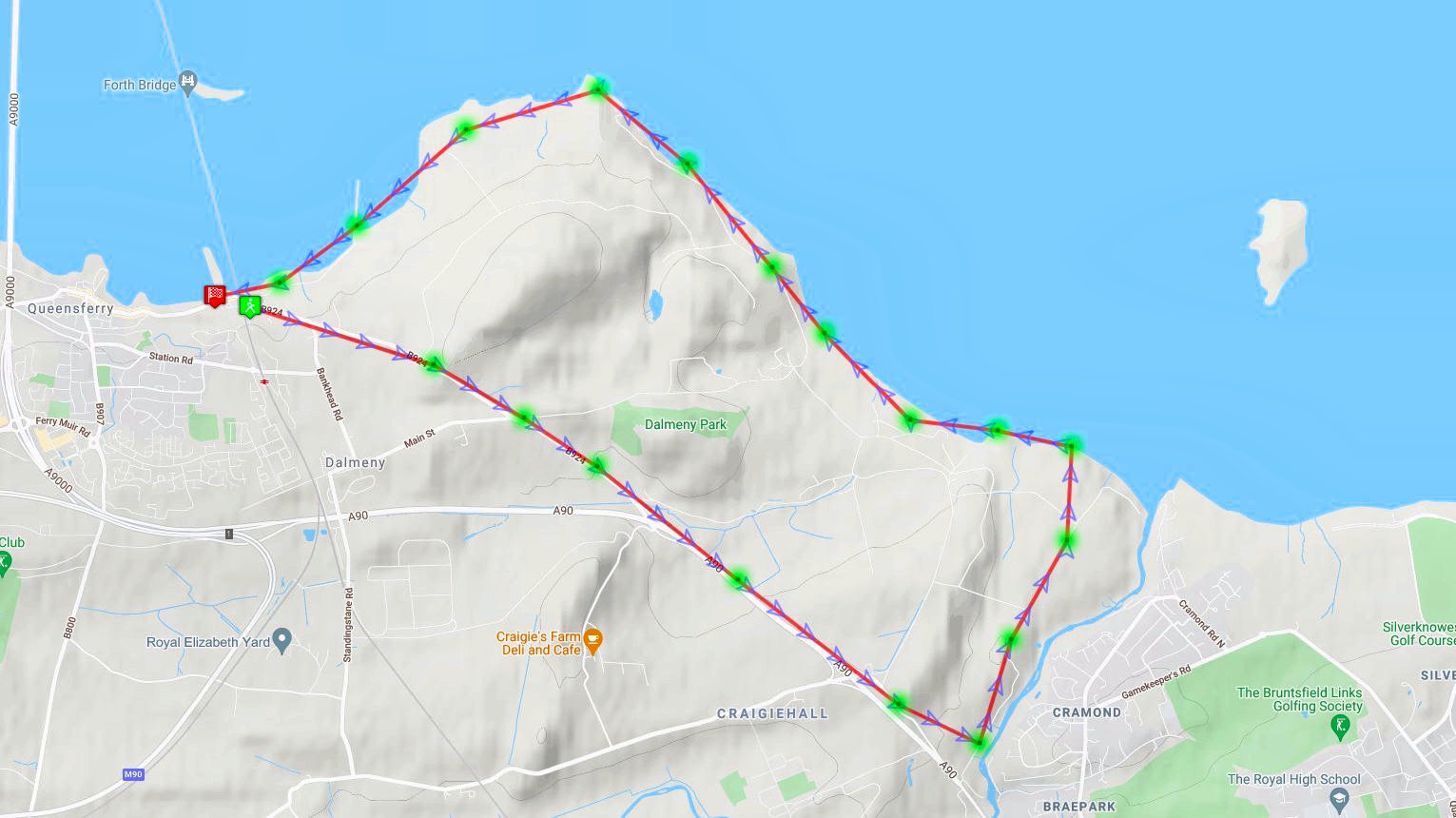 Queensferry, situated to the west of the City of Edinburgh, and home to the famous Loony dook, where crazy people from all ages of life, brave the frigid waters of the Firth of Forth on New Year’s Day, often in fancy dress. Some undertake this punishment for no other reasons than why not, while others suffer to raise funds for the RNLI Queensferry lifeboat station. This was my choice of turfing destination today, or rather the nearby Dalmeny estate.

I had a simple plan this fine sunny and fresh Thursday morning. Employing my always trusty Swifty Air kick scooter, I would follow the B924 to Cramond, there turning left into the Dalmeny Estate where I would proceed down to the shore, then back to Queensferry along the shore path, of course, turfing zones along the way. The route is around 8 miles in length and takes in some 20 easy zones. While I’m kick scooting the route, you can also walk, run or cycle, whichever is your preference. 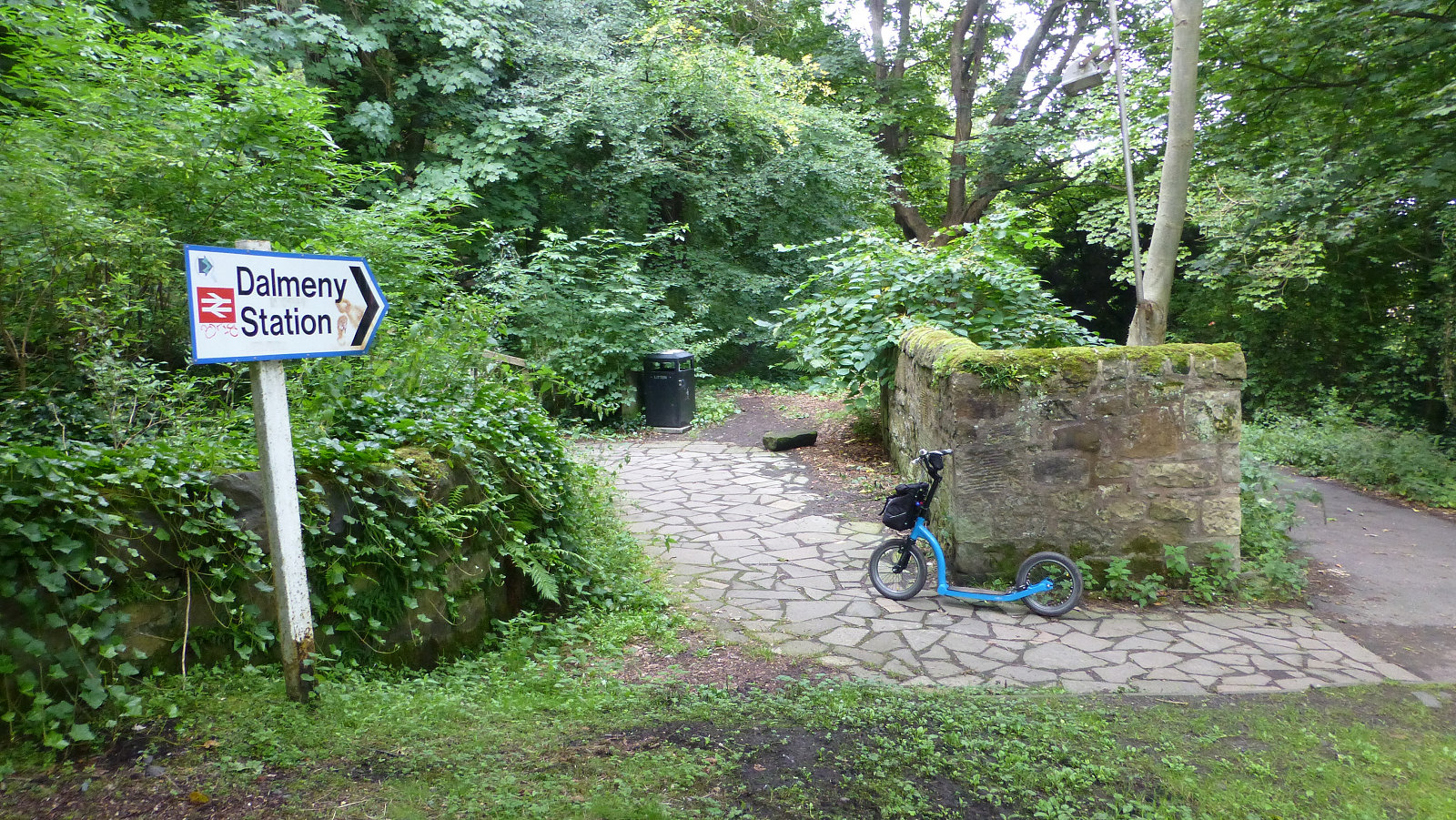 I arrived at the parking area beside Hawes Pier around 10.00 am, to be greeted with no small degree of mayhem. This was caused by much of the car park, and through road to the village centre, being closed for resurfacing work. With parking spaces now greatly reduced in number and at a premium, and visitors absolutely desperate to get a parking space close to the town, for fear that they might actually have to walk a few meters more than they would have wished, considerable shenanigan’s, plain stupidity and brainless bumbling were afoot.

For example. I noted how one driver was trying, ultimately unsuccessfully, to reverse his monster Volvo XC90, complete with screaming children, barking dogs and elderly relative in the back, into the space previously vacated by a Fiat 500. Also witness a trio of oversize SUV’s all attempting to about-turn at the same time having ventured down the closed-off area having ignored, or more likely not even seen, the No Entry signs. 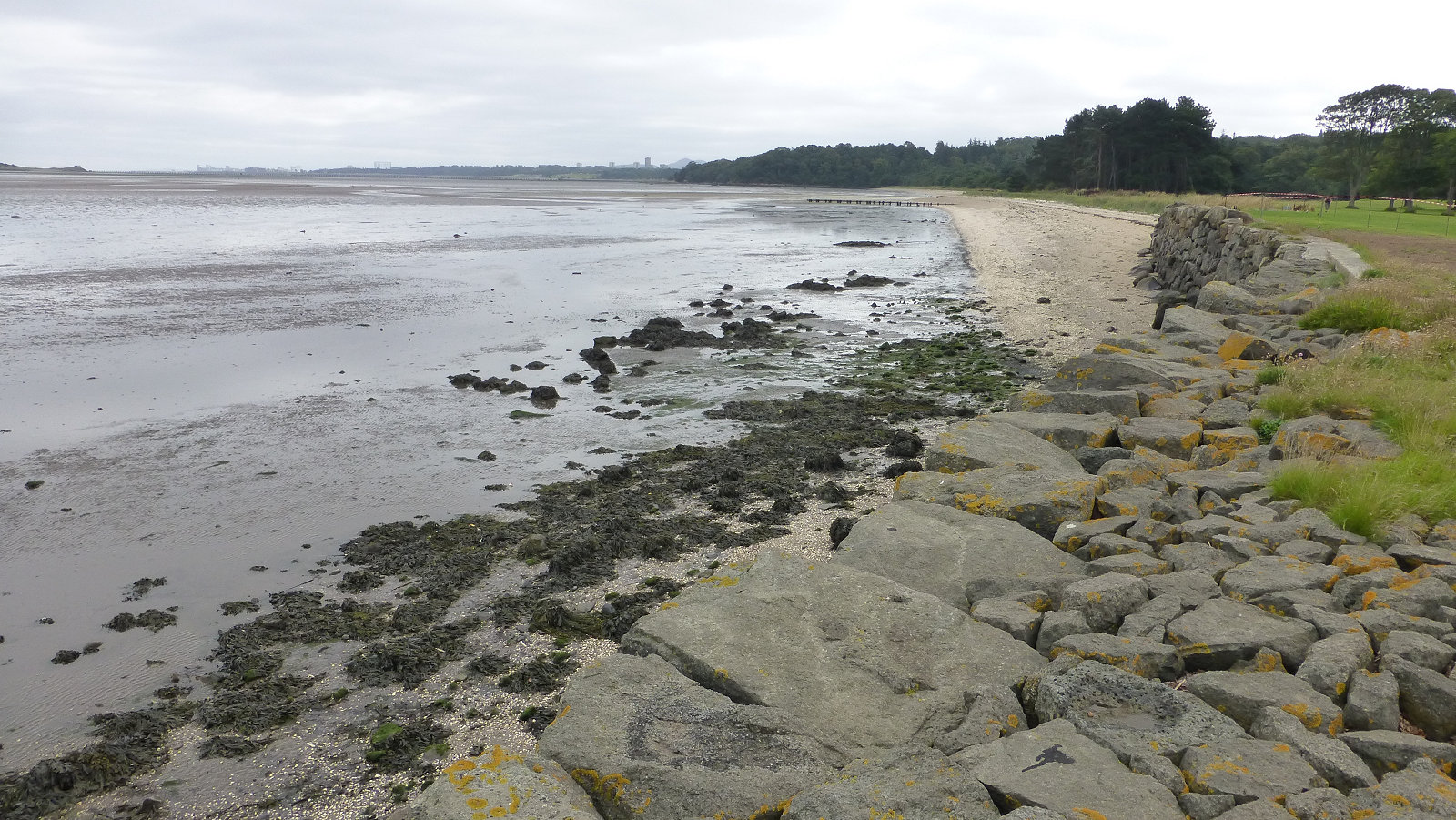 There was one sight to bring a smile. A small child had dropped her ice cream and a lucky cock-a-poodle-spaniel something or other was quickly clearing it up. The small child hadn’t quite got round to bursting into tears yet, though that didn’t seem far away. I’m always amazed what you see if you actually take the time to properly observe the world about you. As for me, as soon as I saw the situation, I quickly about turned and parking out along the B924.

As I readied the Swifty for action, I found myself subject to much cursing, head-slapping and butt kicking. This was not directed at me from any third party, but from myself towards myself. I’d forgotten to bring the handlebar mount for the mobile phone. Duh! However, there is always plan B, and that means using the zipped pocket on the lid of the pannier to hold the phone. It’s far from ideal and not having the phone visible means more frequent stops to check the zone location, and such like. It works after a fashion but still a bit of a pain in the butt. 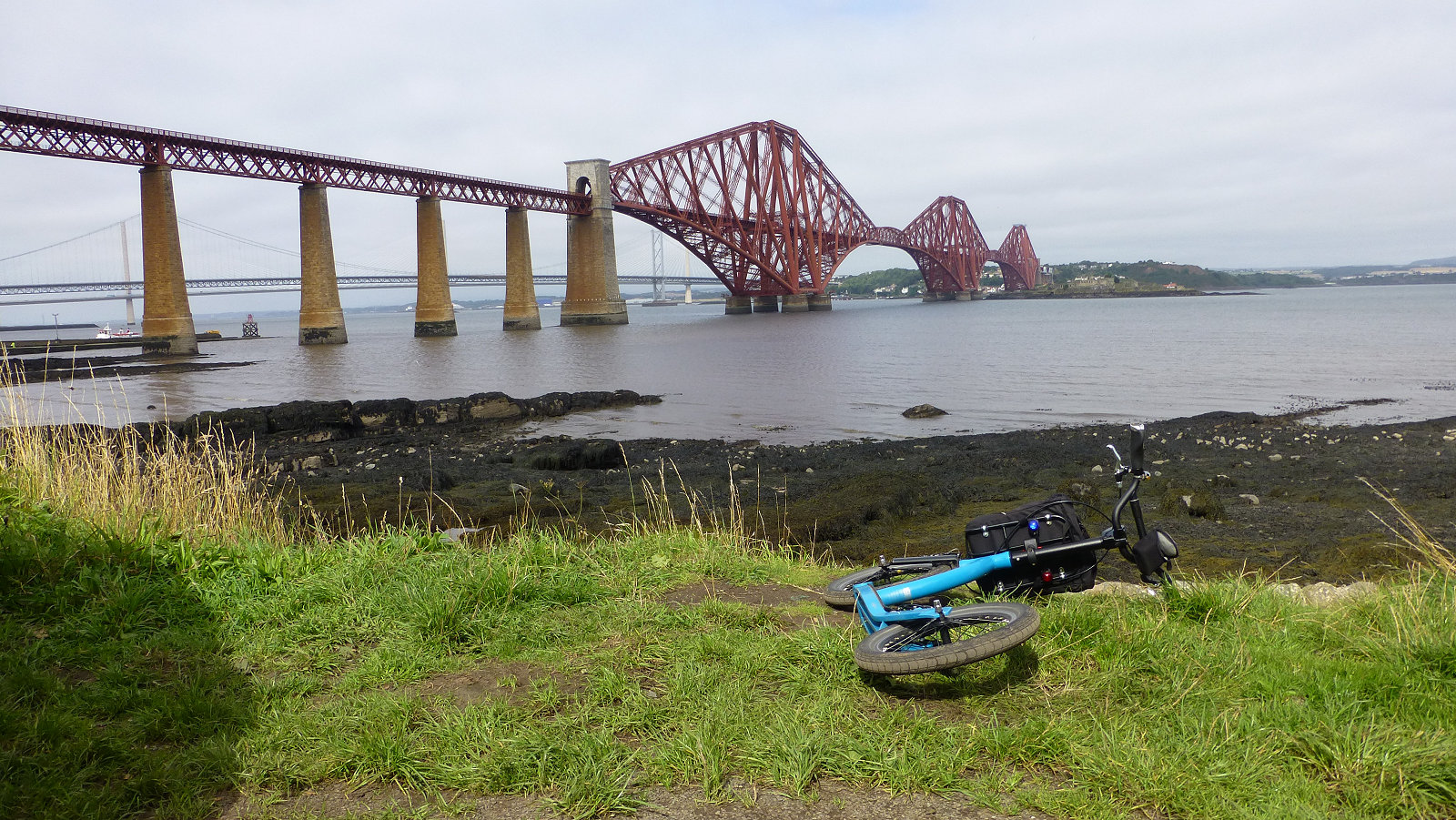 The climb out of Queensferry is long and slow, quite a chore on a kick scooter and I found myself resorted the walking, rather than dead-leg inducing uphill kick scooting. You still get there eventually but slower than usual. There are five zones to take between Queensferry and Cramond, none of which are much to write home about. Same with the three zones taken on the way down to the shore, all fairly nondescript and not even worth photographing. It was only at the shore that the zones started to become interesting.
Having been along this stretch of coastline in the past, on the fat bike, on foot sand collecting and on the kick scooter, I knew zone EagleRock was interesting. On the rock face, there’s a well-weathered carving, possibly that of an eagle believed to be from Roman times. An alternative suggestion is that the figure is of Celtic origin.

The path along the shore is mixed, with mud in places, loose gravel in others and even smooth tarmac around Barnbougle Castle. Zone 90degrees was next, followed by Seaforrest. This zone is located beside a large tree, slightly off the track towards the seaward side, at least that’s what my GPS signal was telling me. At zone Dalmeny, the view opens up offering splendid views across the Firth of Forth. Warning signs advise you are now on a golf course, so keep an eye out for flying golf balls. The course was quiet today and I passed by without even sight of a golfer. 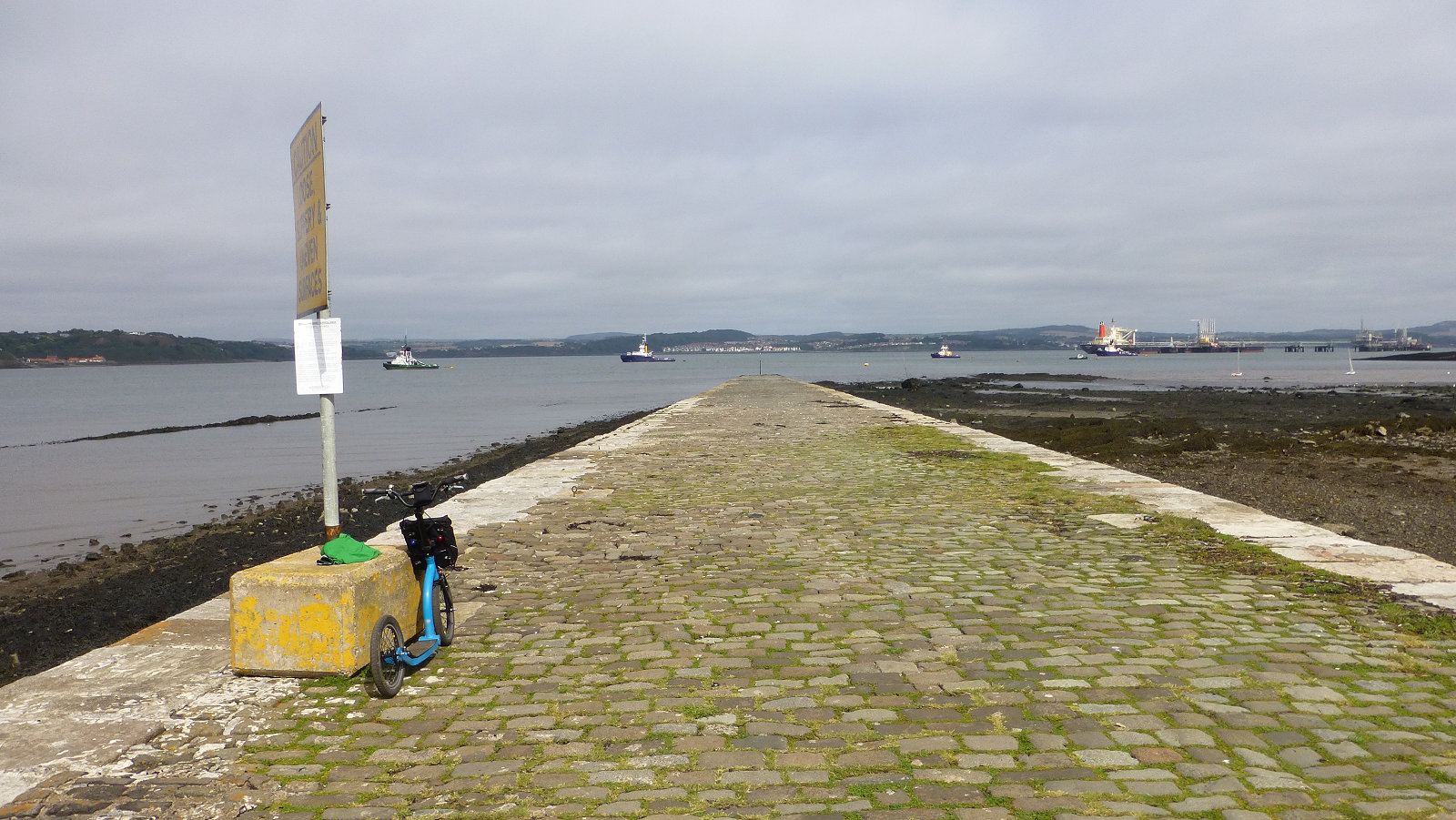 Zone Barnbougle was next, at the entrance gates to the castle. Views of the castle are limited but if you are thinking of jumping the gate to take a photograph, note the CCTV camera opposite the gate. In fact, there are quite a few CCTV cameras dotted about the estate. The next zone, CramondView, was not so easy to reach. The lack of any visible path means tramping through fallen trees and brambles but the view is well worth the effort. The zone would be easy enough if approaching along the beach. My efforts to take photographs here was thwarted when my camera began sulking and failed to switch on. Looks like it could be on the way out.

Zone Peatdraught, named after the small bay, also offers grand views up the Forth, with the three bridges now in sight and if you are interested in watching oil tankers unloading, this is the place. The structure opposite does just that. It was also a good place to stop for lunch. I actually stopped at the exact place I saw my first long-tailed skua, many years ago now. Zone SeeHoundPoint wasn’t very interesting but zone WhitehouseBay was. Located on Long Craig Pier, you are now much closer the bridges and a good spot for photography, especially sunsets. Only two zones remain to take now, Longcraig, located close to the railway bridge, the actual Forth Bridge and ForthView, located at the parking area along from Hawes pier. 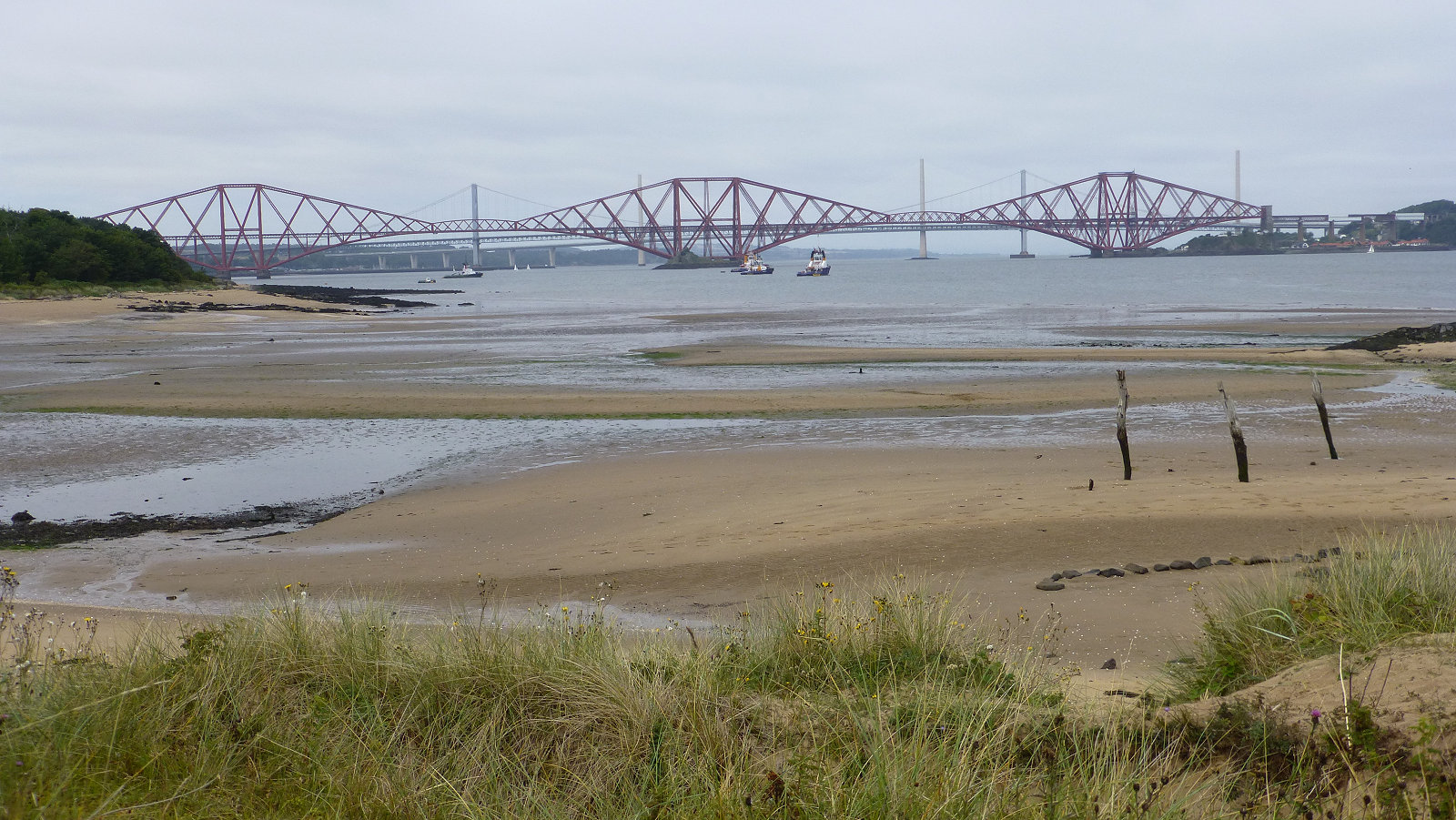 I met quite a few people out on the same route, mostly walkers but a few runners and cyclists as well. It’s interesting to see how people react to my passing. Normally, I’d ring the bell and people would make space for me to pass. However, a high proportion of walkers I came up behind didn’t move an inch. They clearly heard the bell as they either moved very slightly to the side or jumped. But generally didn’t move out of the way. Usually I’d say thank you and get a “you’re welcome” in return, but nothing like that today. It’s much more friendly in Midlothian!

And that was that. I’d considered turfing Queensferry, there’s about 30 zones, but just couldn’t be bothered. I’d had a very late night last night out in Aberlady Bay, and when you start forcing yourself to turf, if can become a chore. Personally, I think it should always be fun, and enjoyable. If the fun stops and you are not enjoying yourself, perhaps then it’s time to do something else. You know, like brick spotting or sand collecting, exciting stuff like that. Watch out for another exciting episode of Turf Blog, on Planet Gary.