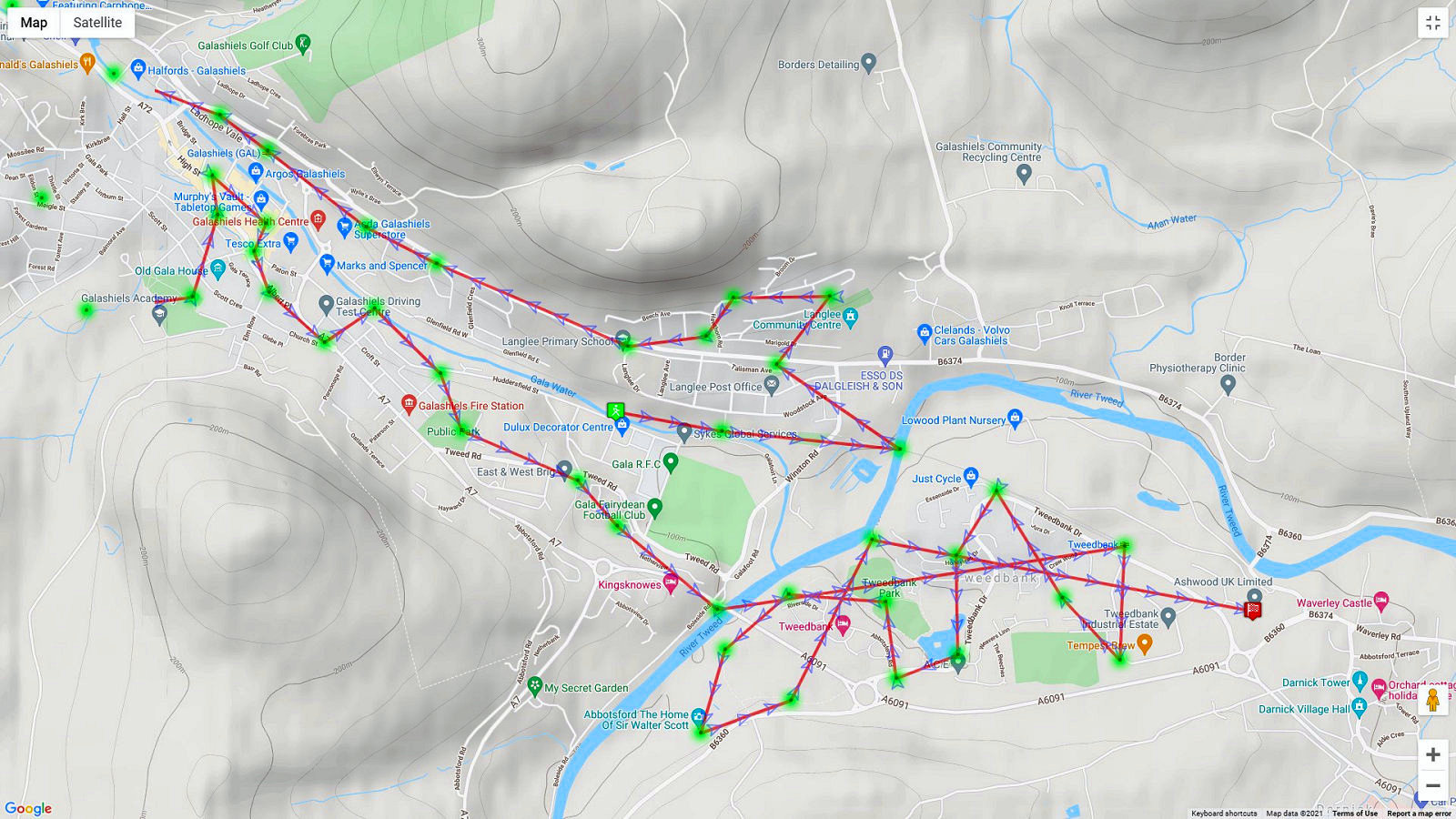 A trip down to Selkirk in the Scottish Borders to visit my parents was the ideal opportunity to grab a few unique zones in Galashiels and Tweedbank. Having lived and working in the area for many years previously, I knew the area reasonably well and also knew that Galashiels was built in a valley along the banks of the Gala Water, and much of the town was on the sloping hills on either side. So, I had a decision to make. Do I walk, cycle or kick scoot? Walking would be too slow, getting the bike into the car is a faff and too many steep hills means walking anyway, so kick scooting seemed the best option.

With Gala being a very linear town, I decide the park down at Netherdale, in the large car park near the college and sports ground, and follow an anti-clockwise route upstream on the north side of the river first, up to the zones on the high ground at Mossilee and return back down the other side, picking off the zones in the town centre, etc., then back to the car. I started turfing just before 10.00 am and after switching on the turf app was surprised to see some blocked zones nearby. Another turfer was in the area. With no other turfers showing on the app, closer inspection revealed it to be ESOCjeneral, an Edinburgh based turfer. 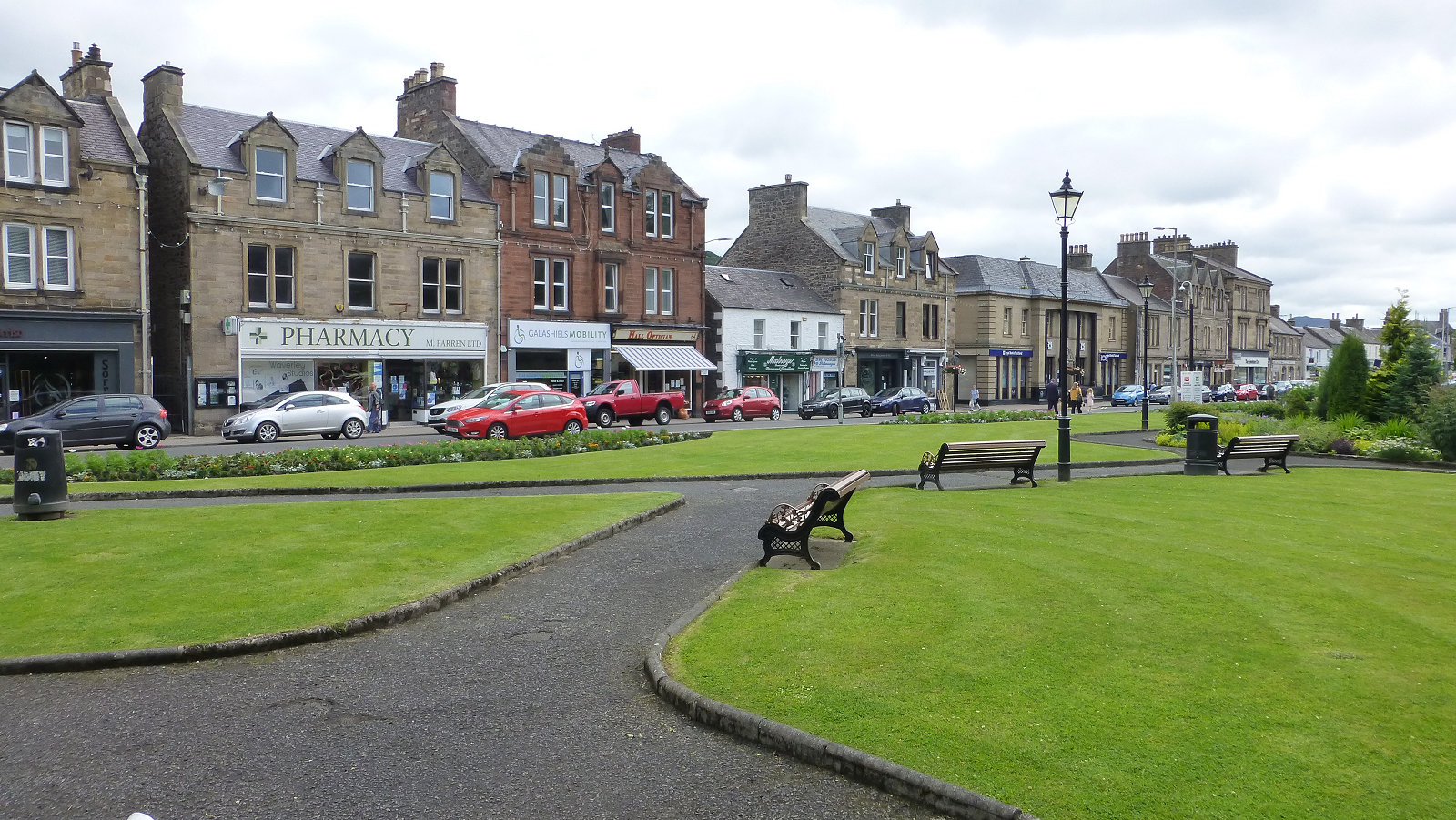 I couldn’t see her icon on the app, so either she had finished for the day or was running “dark”, i.e. switching off her GPS between zones. So, with no way of knowing what zones she would likely be taking, if any, I could only continue with my intended route and hope we didn’t clash or end up blocking each other. Later on, I checked on Frut and need not have worried as she was on her way to Hawick by then. There’s no hiding where you are when turfing!

I started with few bridge zones, GalaWater, GalaBridge and UplandBridge, then made my way up through the rather run-down rabbit-warren-like Langlee housing estate for TheTalisman, ThePrimrose, HawBridge, Stan and MelLanglee. I’ve just noticed I missed Glenfield zone but not to worry can always take it another time. No issues at all with the next six zones, Langhaugh, QueensLeisure, GalashielsSt, HighPlaces, HuntersBridge and NoFootball, but just couldn’t take zone LowBuckholm. It seemed to be located over the Gala Water and I’d need to cross a high wall to get here. I checked the Turf Map Tool later and it shows the zone on the opposite side of the cycleway, on the railway line. Very odd as others turfers have taken the zone recently. Another for next time, I think. 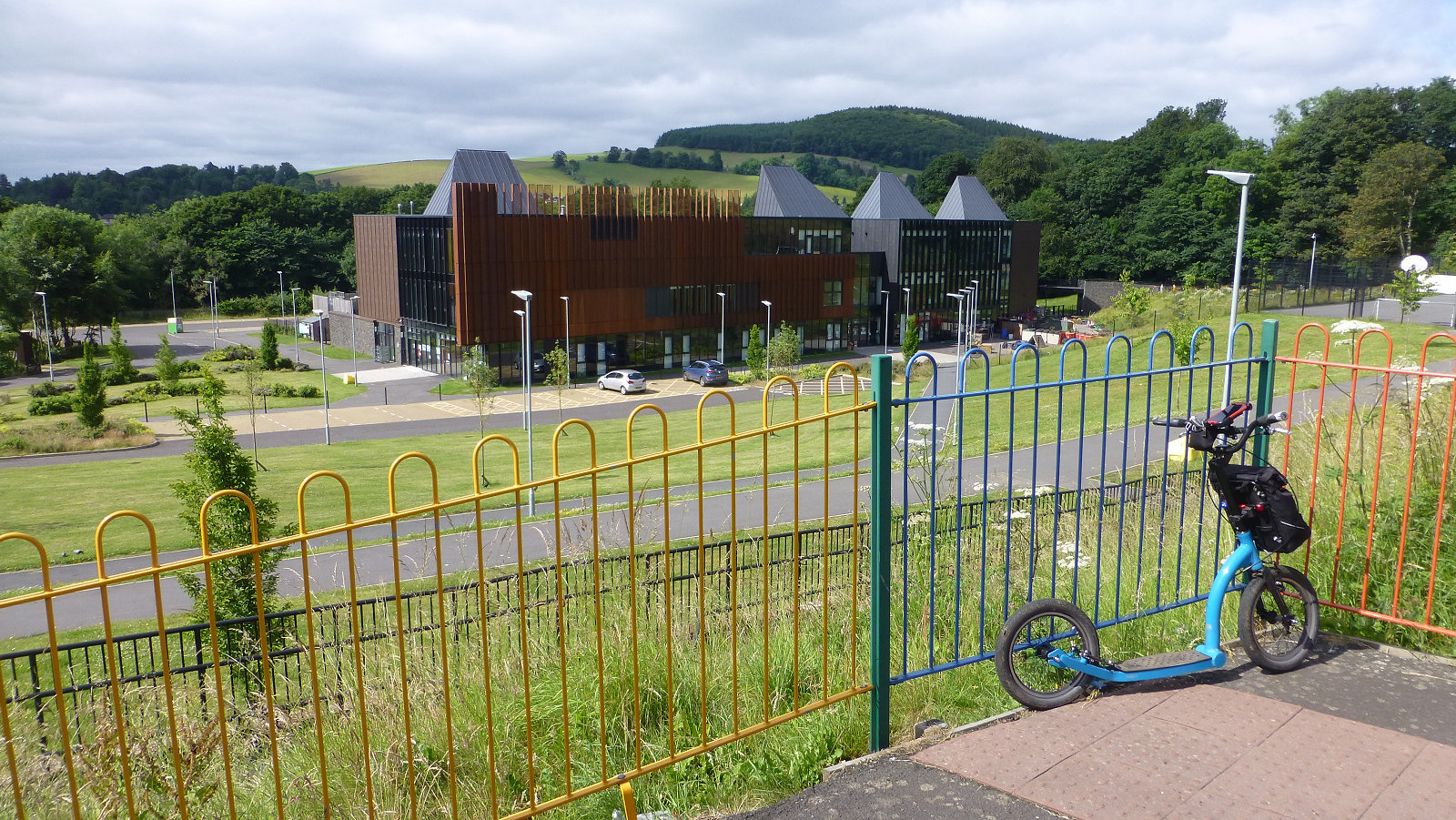 Zone GalaWheat was my next problem. Following the access road, I was surprised to see it fenced off. A woman in the area of the zone saw me approaching and we chatted amicably for a while. Turns out she now owns the land having bought it from Scottish Water. They seem to have had some issues with turfers climbing into what they see as their garden. I’ve logged it as an issue on the Turf site and asked it to be relocated further along the cycle path towards Cloverfords.

Next zone on my route was the aptly named KangarooSteps. The steps are shown on old maps as Darghai Lane and are a common feature in the Borders, proving easy routes for workers to reach the woollen mills. So, hoisting the Swifty Air over the shoulder, I gritted my teeth, took a deep breath and fairly bounded up those steps, no worries. But strewth, mate, I was nearly stonkered by the time I reached the top and a couple of stubbies of the amber fluid would have been real bonzer. Fair dinkum, mate! 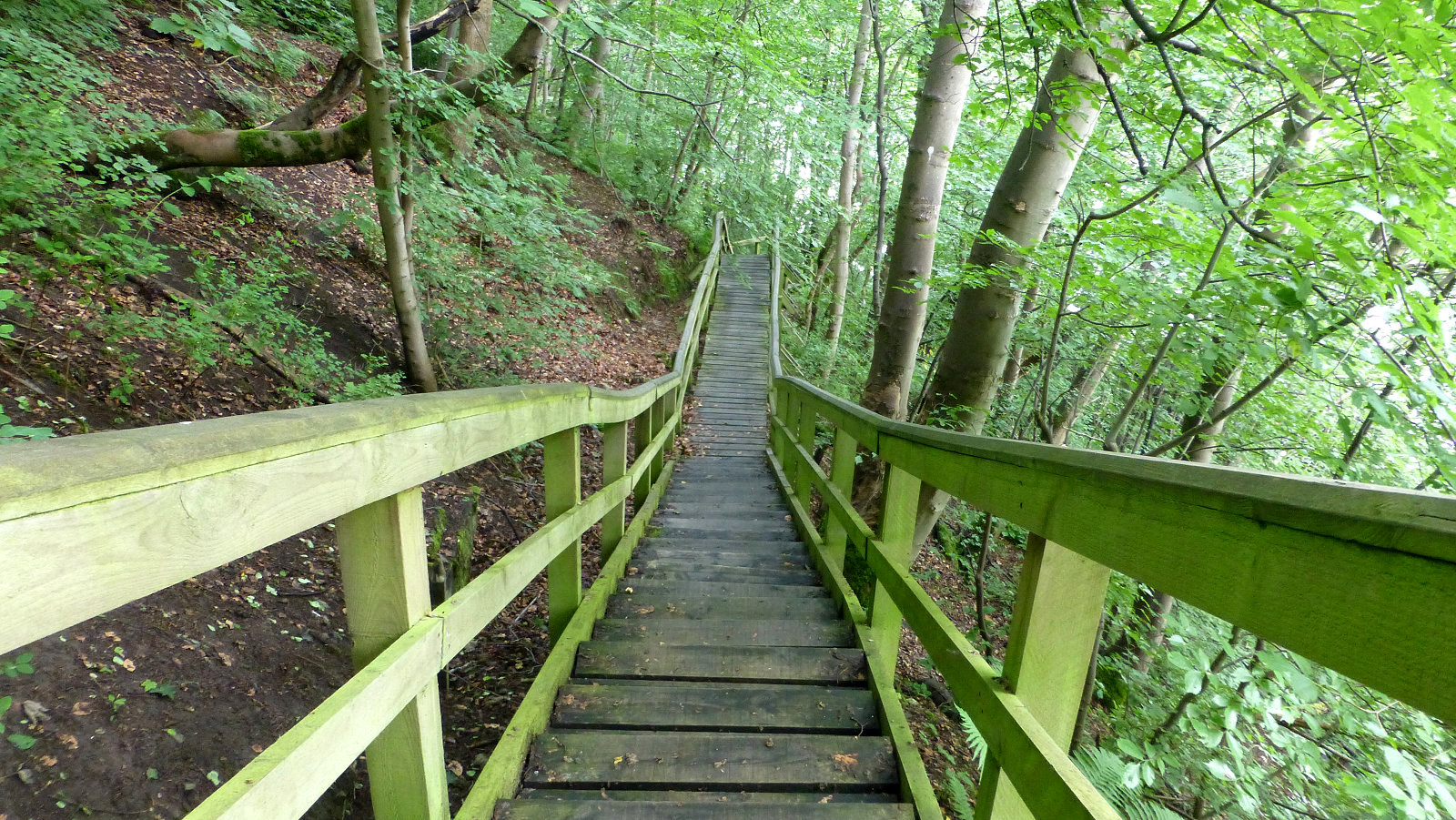 Next zone was Mossilee, then I started heading back towards the town centre, picking off a few zones on the way, with a couple in the Scott Park where I used to get pushed in my pram when I was wee nipper. The town centre was busy but offered up a couple of zones, along with another seven as I made my way down to Netherdale again. Zone ArchiesWalk is worth a mention. Not only is it named after my dad, well not really after him, but it’s also next to the place where I came into this world, Galashiels Cottage Hospital. I’ll never forget that day back in November 1961.

I recall being nice and cosy for a few months, then things started to get rather annoying. Lots of shouting, and some considerable cursing, then I was prodded and squeezed for some reason. Then suddenly, real bright lights and I was thrust into the world. And on top of that someone smacks me. I mean really, what had I done wrong? I’d only been here about 10 seconds and already I’m in trouble. Would have been nice if they’d at least asked if I wanted to be born! 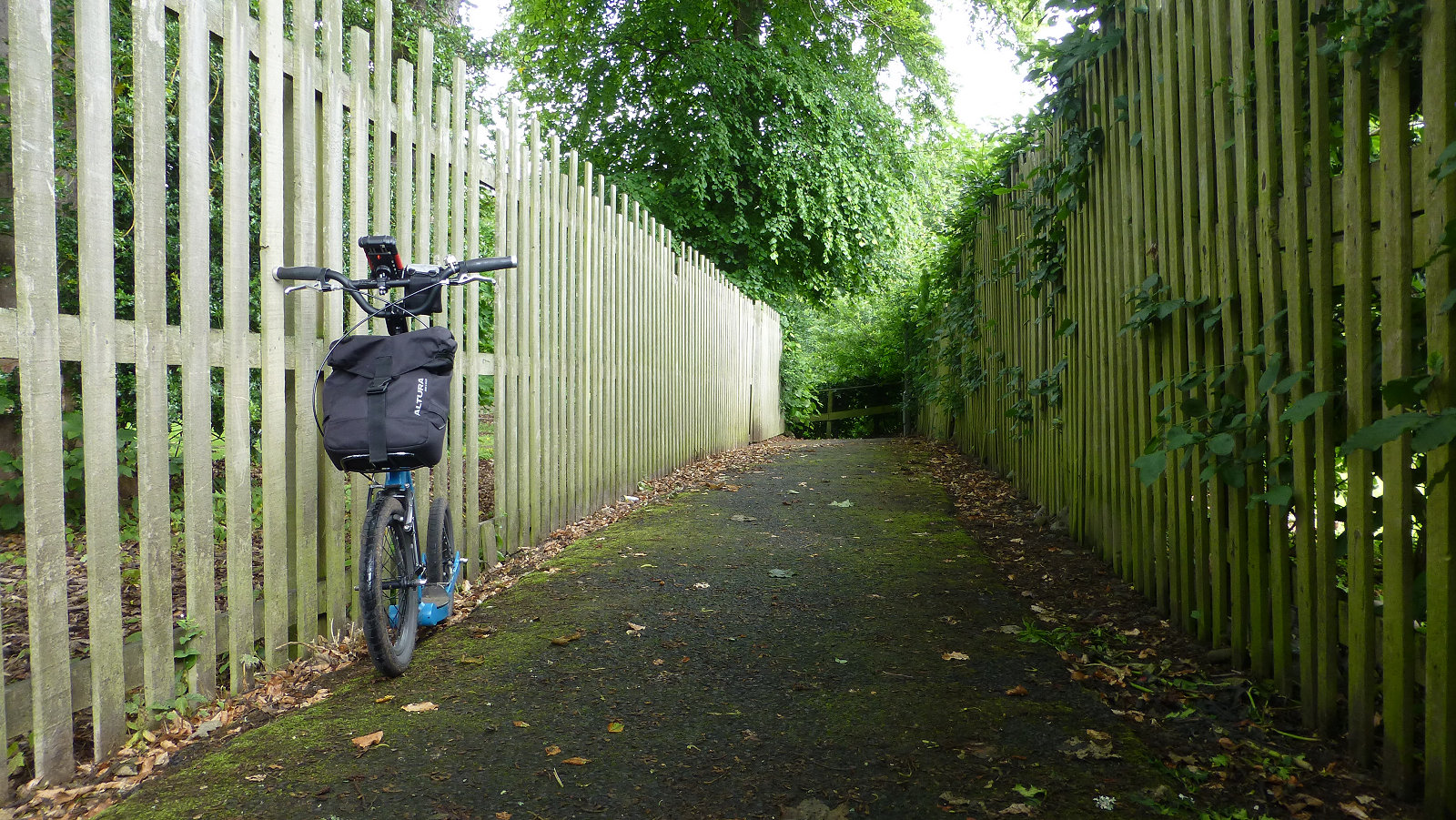 Zone StepItUpDude was next at the college, followed by zone Galafoot, down by the River Tweed, then back to the car for some lunch. I noticed by zone count was a lot lower than I expected and soon saw that local turfer Edgygrl was taking back many of the zones I’ve been taking. She was also running “dark”, also known as “ghosting”, switching off her GPS between zones as I never saw here appear online. A shame, really, as I always like to try and meet other turfers for a chat.

After lunch, I reckoned I had enough time to grab the dozen or so zones in Tweedbank, with enough time left over for a wee nostalgia trip I’ve been wanted to do for a while. But more of that later. I parked at the railway station and nabbed zone TweedbankSt. Next an easy scoot around Tweedbank, adding another eleven zones to the unique count. I also popped across to Bill Scott’s big house at Abbotsford. He was famous for some book about a Russian who invented a new gardening tool, Ivan’s Hoe, or something like that. 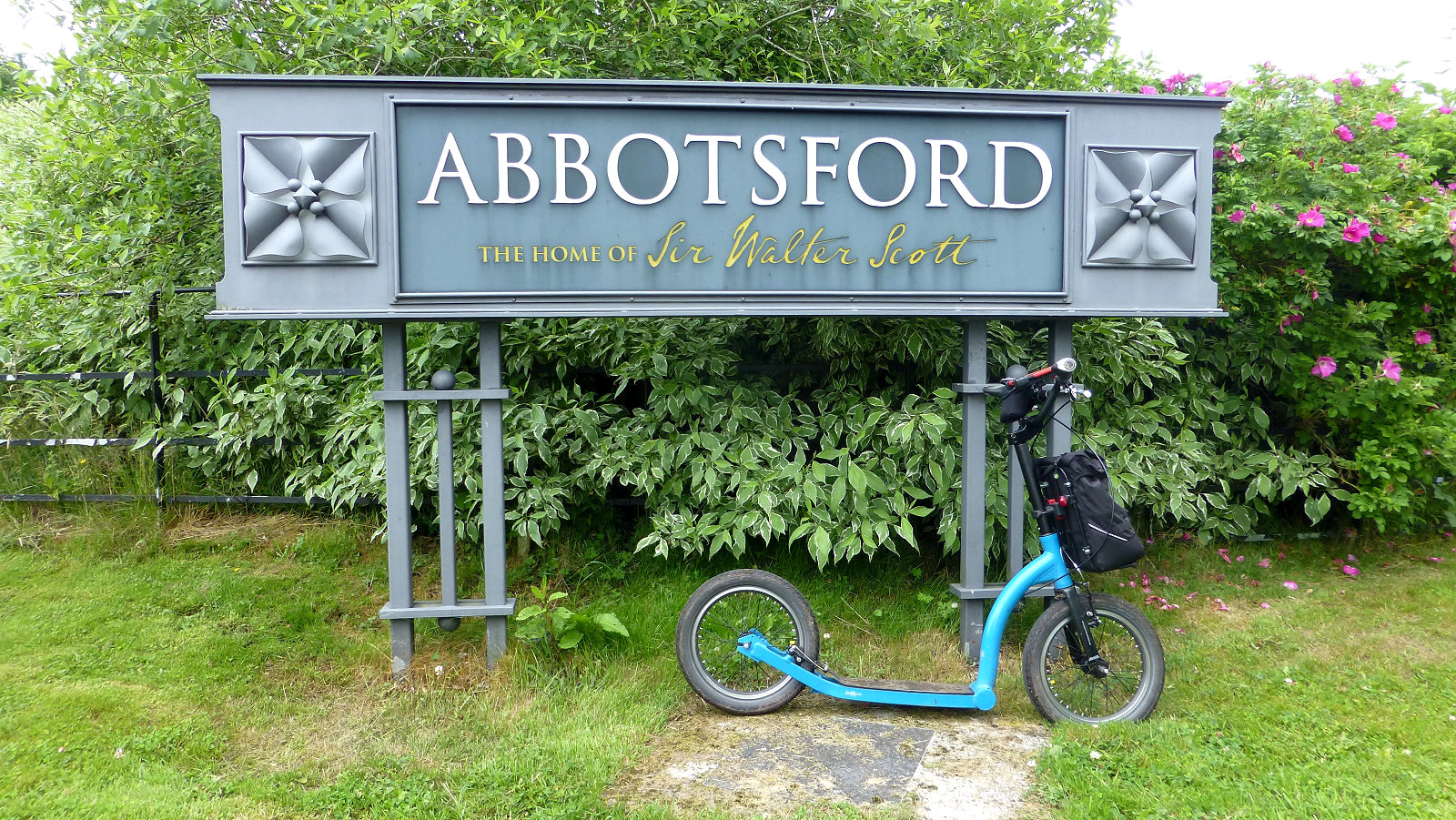 My final non-turfing scoot was along to Lowood House. I used to holiday here every summer in my teens and stayed with my uncle, who was the Head Gardner on the estate. My parents used to drop us off for two weeks. We pretty much did as wanted and just turned up for meals. My sister, Pauline, played with our cousins and I spent my time fishing on a private stretch of the Tweed, helping Uncle Tommy in the garden and generally getting under the estate staff’s feet and pestering them. Great days!

Overall a good day out, through quite hard work on the Swift Air kick scooter. 45 uniques added to the unique count and good to visit some of the old haunts from my childhood, some 50 years ago now. My, doesn’t time fly, as they say. Still a few uniques for another trip, perhaps combined with taking the zones in Melrose and the Eildon Hills. With 62 zones for the taking, plenty for a good days turfing.