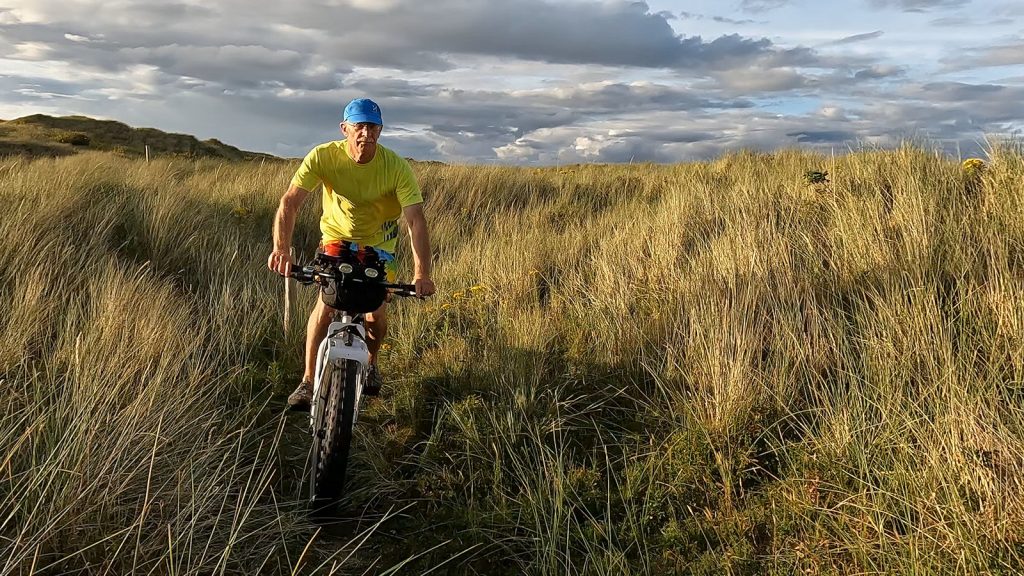 A few years ago, way back before UAV’s (Unmanned Aerial Vehicles) now commonly referred to as drones, became as mainstream, relatively inexpensive and readily available as they are today, I actually built my own drone, a DJI F450. It came in kit form and had to be assembled, which included some very difficult soldering. And to be honest it could fly, though crashing was much easier than flying. In addition, I never achieved my main goal and that was to record aerial footage for my fat biking and cycling videos. I never managed to resolve the jelly effect in the footage from the GoPro. In the end, after one spectacular crash in which I discovered a sheep chewing on the drone, I was totally scunnered with the bloody thing and I gave the drone away.

Today, things are much, much, better with a wide range of makes and models to choose from and most come with high-quality cameras built in. And best of all, you don’t have to assemble them yourself. They will fly almost straight out of the box, bar charging up the battery and carefully adhering to the old adage of RFTM. With such a wide choice of drones to choose from, I started by defining the criteria I wanted in the drone and these were:

It didn’t take long to find the drone I was looking for, the DJI Mini 3Pro. I won’t go into all the detailed technical specification here, you can find that, and much more, on their website. But it does seem to satisfy all my requirements. Folded size is 145×90×62 mm, so easy to pack away and carry, and it weighs less than 249 grams. Flight time is around 34 minutes and with two spare batteries, around 90 minutes, which is probably enough for my needs. It has various flight modes including Dronie, Helix, Rocket, Circle, Boomerang, and Asteroid as well as vertical shooting, ActiveTrack, Spotlight and Point of Interest. So, plenty of stuff to be going on with.

At the moment I’m at the stage of trying to decide if spending £1000 is worthwhile for the resulting video footage. In addition, I also need to obtain a Flyer ID and Operator ID by sitting an online test via the CAA (Civil Aviation Authority). We shall see. Back soon.

This entry was posted in Video. Bookmark the permalink.