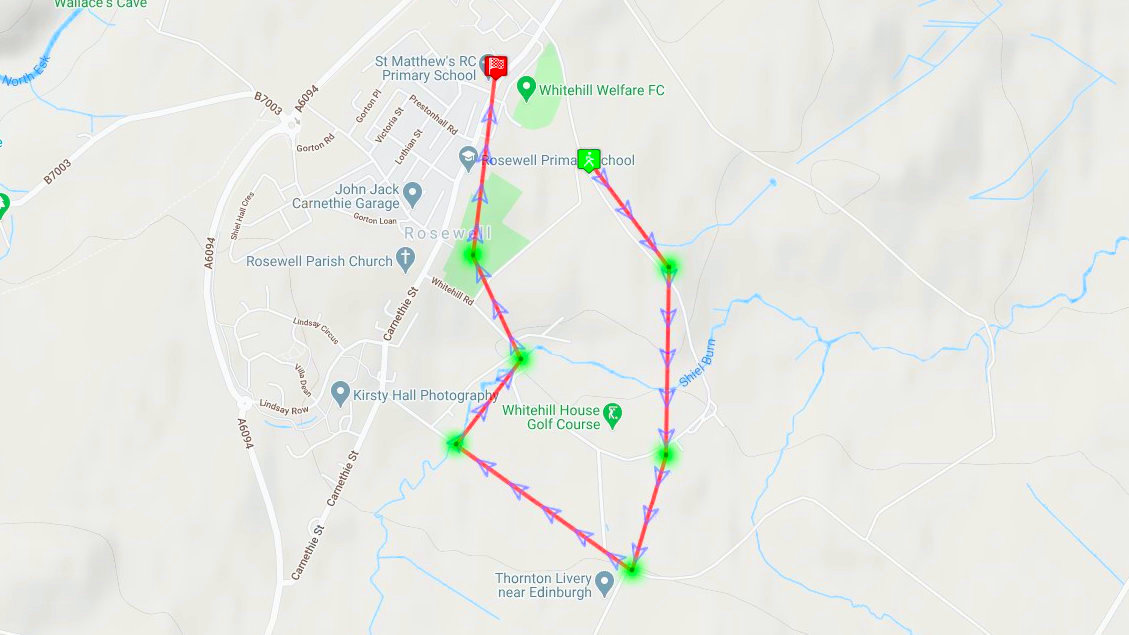 I do admit to being slightly jealous when I see other turfers outdoors taking zones, particularly when I’m not in a position to do the same myself, usually due to other commitments such as having to earn a living, or in today’s case, a sore back caused by a jigsaw (See Turf Blog 30-01-21). However, I can always console myself in the fact that my mental countdown to retirement is now only four months away at the end of May 2021. That’s around 120 days, or 2880 hours, not that I’m counting, honest. Then I’ll have all the time in the world for Turf. 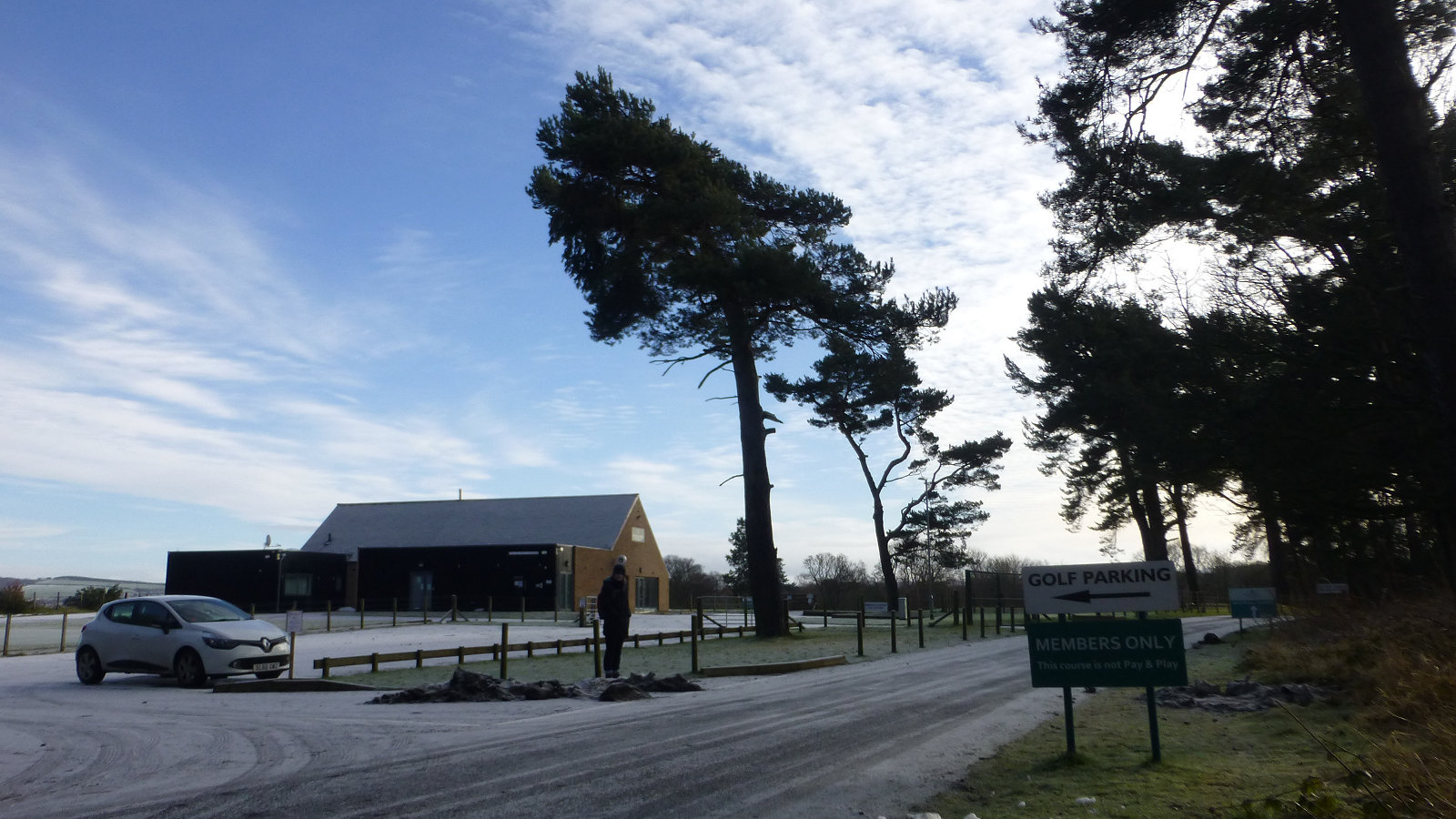 Not being able to get out on the bicycle due to aforesaid bloody sore back, Cathryn and I decided that a short walk around Whitehill, Rosewell, was in order. So, armed with a picnic lunch we set off on foot, Turf app at the ready, GPS fully locked and loaded, a grim determination on our faces – that’s against the sub-zero temperatures – and braved the wilds of the Whitehill estate to take a few zones. 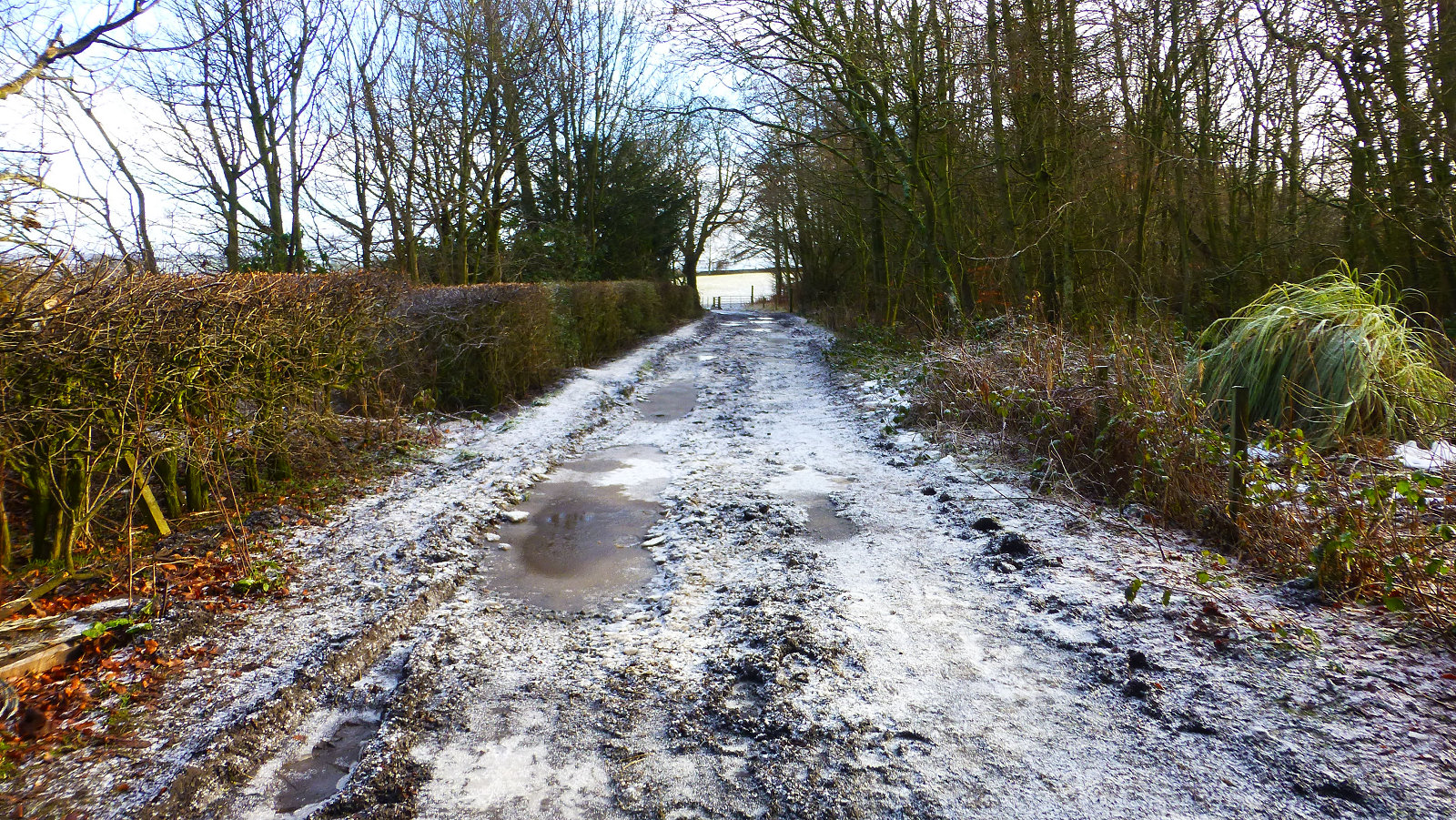 We started with EnterWhitehill (185 points) then followed the road through the woods to Whitehill House, passing by WhiteHillGolf (185 points) with another 185 points at ExitWhitehill, as we left the big house behind. A couple out for a walk thought we were lost and we explained about Turf, though I’m not quite sure they understood what we were on about. Our walk continued onwards to Thornton Stables to take the oddly named, NoHorseFires and another 185 points. From there an easy downhill stroll back towards Rosewell, picking off ShielBurnOne and ShielBurnTwo, both at small bridges across, yes you’ve guessed it, the Shiel Burn (a burn is Scots for a stream, in case anyone was wondering). 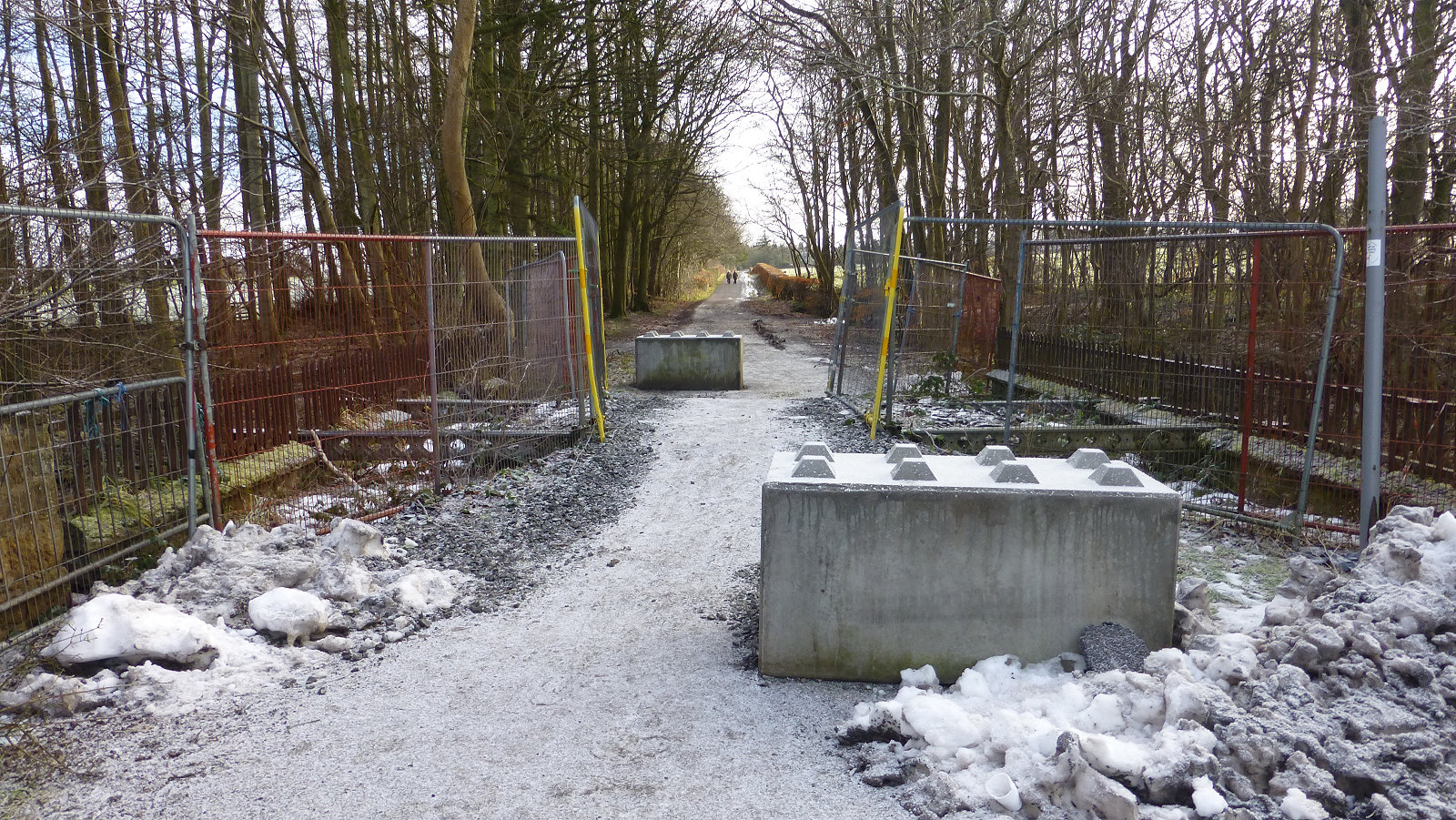 We then crossed to RosePark to take another 185 points and stop at the benches for our picnic lunch. The temperature was almost scorchio, must have been at least a whopping 3 degrees above freezing. Suffice to say we did not linger too long before making our way along Carnethie Street and taking HolyStMatthew (185 points). It was nice to see these Rosewell zones almost free of snow as I’d only seen them with snow lying previously while riding the Surly Pugsley. It was then only a short walk back to the car at the entrance to Whitehill House.

My points for the January round was now around 97,000, just three grand short of my target of 100,000. Still seven days left in the round, so hoping my aching back will return to its usual happy self and let me get out on the bike again. Until next time.