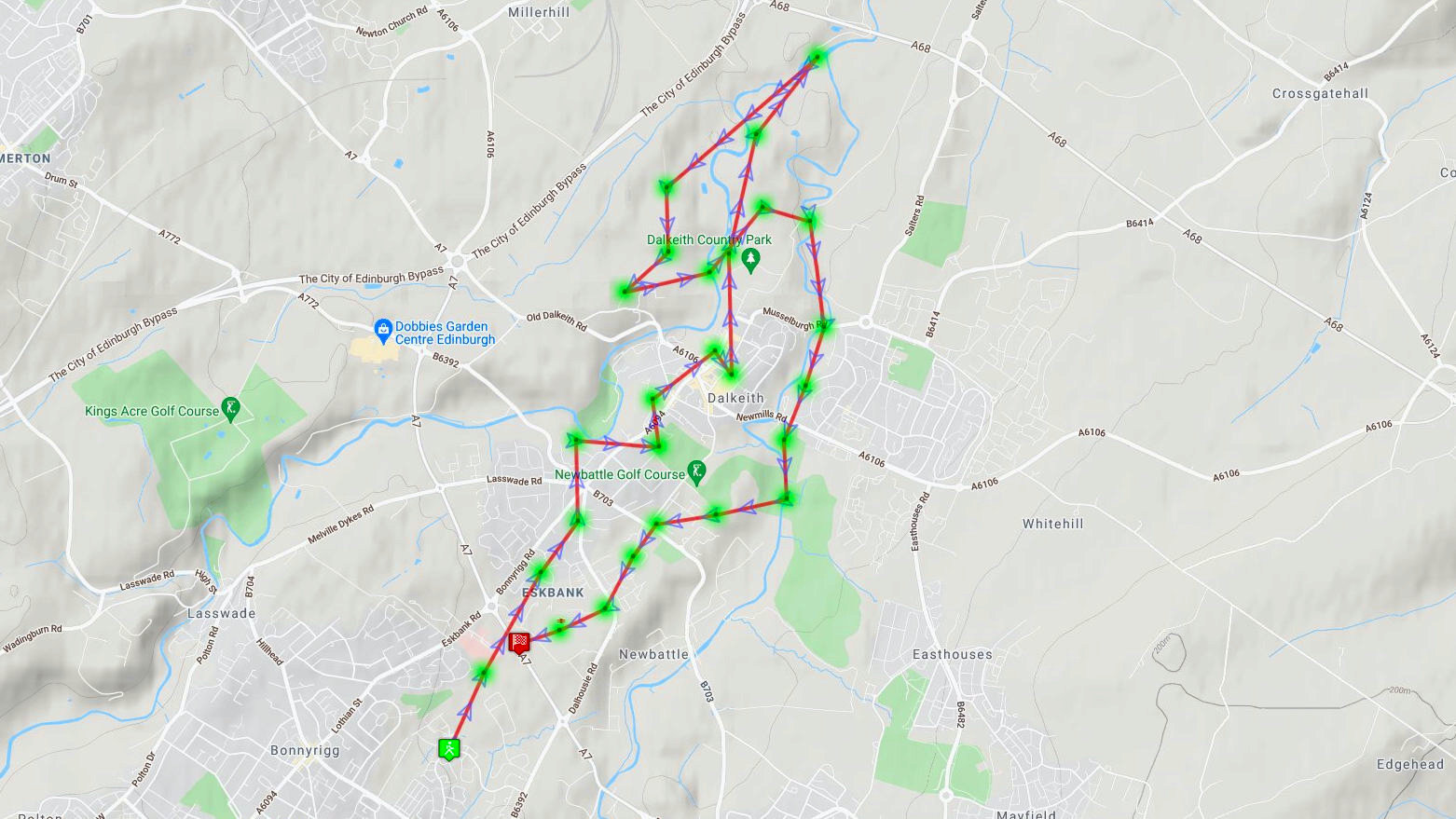 With a couple of hours’ free turf-time, I grabbed the Swifty Air kick scooter from the shed and set off for Dalkeith Country Park – my targets for the morning, two uniques zones I wanted to tick off the list, ToEdinburgh and BridgeOfFaith. For some reason, one that seems to elude me, I never got round to taking these two zones. But today was the day. There’s about a dozen zones in the park and I planned to take a few of the closest ones as well.

My route through Eskbank and Dalkeith town centre offered up a few zones, and it seemed silly not to take them when passing. Then it was through the town gate and into Dalkeith Country Park. There was a couple of blokes chatting at the gate and I overheard one of them commenting as I passed on the Swifty, “Fuck me, that’s a fuckin’ fit looking fucker!” Sorry about the foul language but I thought it rather pleasing that one of them thought I looked fuckin’ fit. A compliment I suppose, despite the colourful way of putting it. 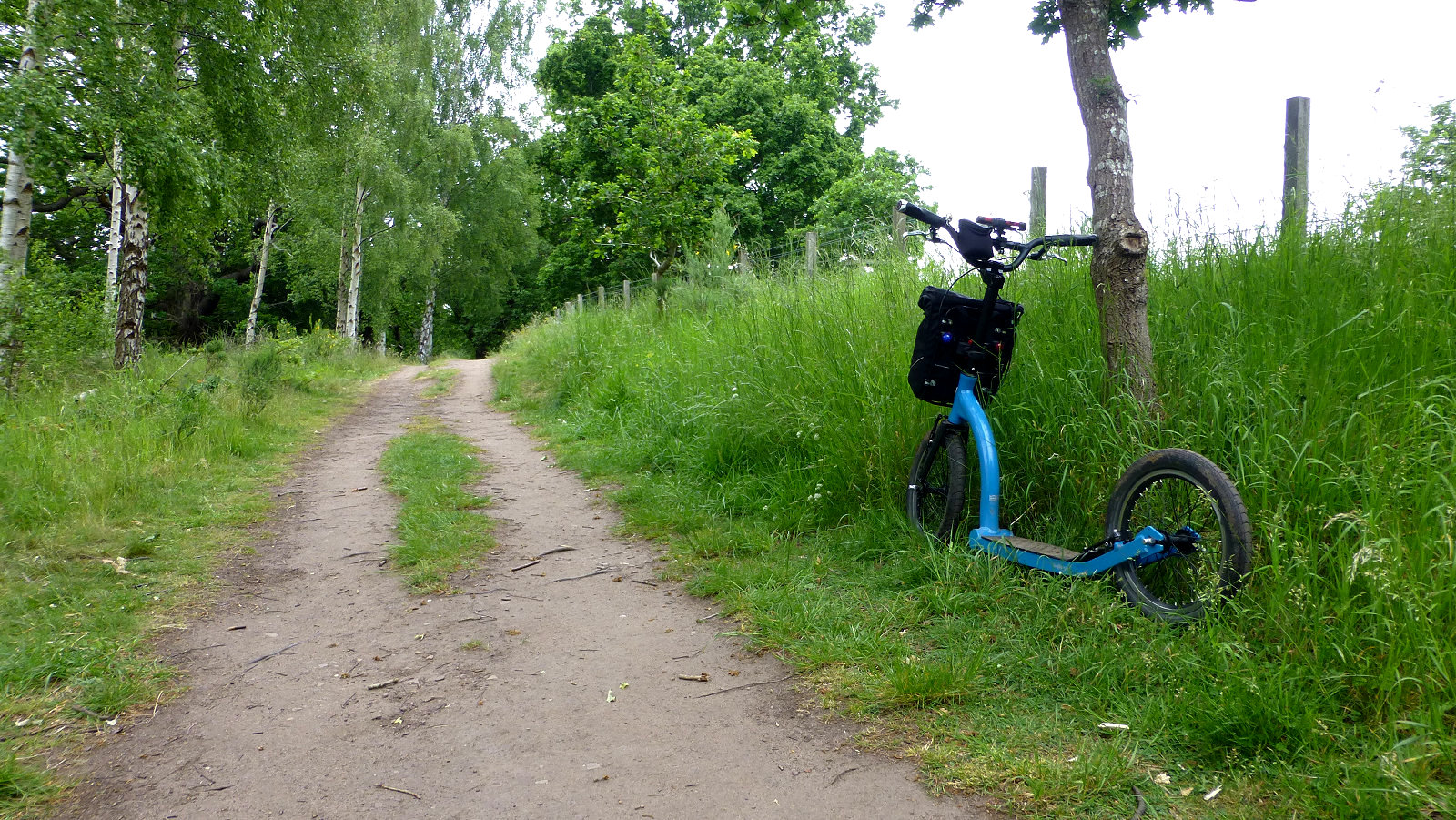 First on the to-take list was zone DalkeithHouse, situated on a flat open grass area below Dalkeith House, shown on old maps as a bowling green. An easy scoot down a sloping path contouring round the sides of the area soon had me at the zone. I must admit it feels a very exposed zone and almost as if you shouldn’t be there but perhaps that just me. I then picked up the path under Montagu’s Bridge, which would take me to the next zone, ToEdinburgh.

Every time I visit Dalkeith Country Park I get irritated, usually about their use of signage that discourages certain types of access user from going into certain areas, mostly directed at cyclists but sometimes walkers as well. This time it was a sign stating “No bikes” on the path below Montagu’s bridge that got my blood boiling. However, as I was on my Swifty kick scooter today-  which is legally not a bicycle – I was able to continue onwards while still complying with their request. After a short ascent was able to take zone ToEdinburgh and add it to the uniques collection for Midlothian. BridgeOfFaith was next and fairly easy to find. Just follow the path and keep left, following the course of the River North Esk. The zone is at the footbridge across the river. Nice to see the bridge was now open. On my last visit is was closed off. 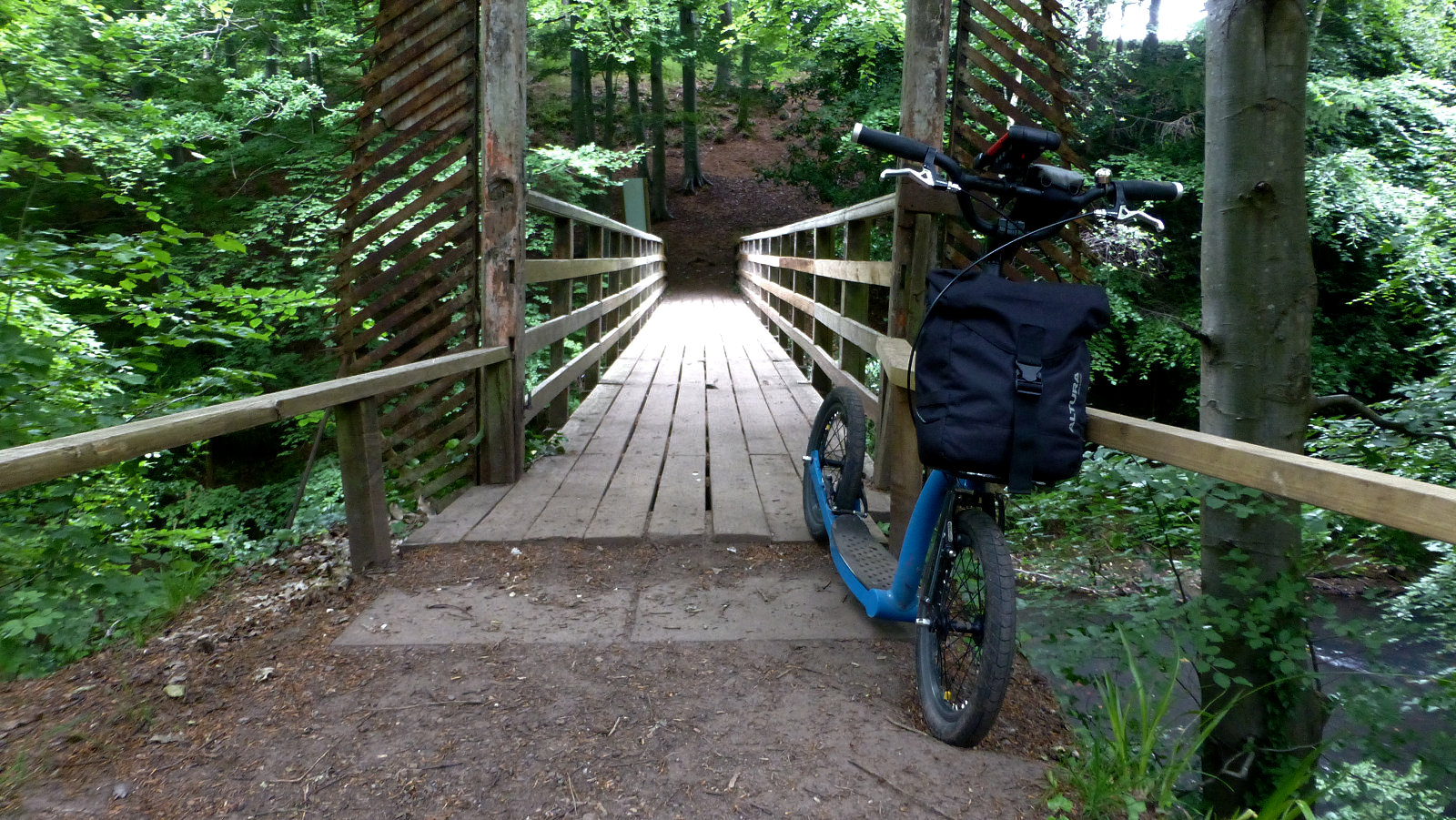 With my two target uniques zones dealt with I then looped around the park picking off the other zones at the Dalkeith end, leaving the four zones on the farmland side for another day. First in line was HowlandsPark, on a long straight track beside an old plant nursery. The trail seemed in much better condition than previous visits with most of the potholes having been filled in, making for much smoother scooting. I guess that what your entrance fee pays for, not that you actually pay an entrance fee, it’s apparently included in any purchases you make, if you make any.

LugtonCross and LugtonBrae were next and I stopped for a while to watch three roe deer feeding in the field. While I was stopped a couple commented on the Swifty and I was able to hand out a Planet Gary card. Only about 240 left now out of 250. Please stop me and ask for one or I’ll have them for ever! 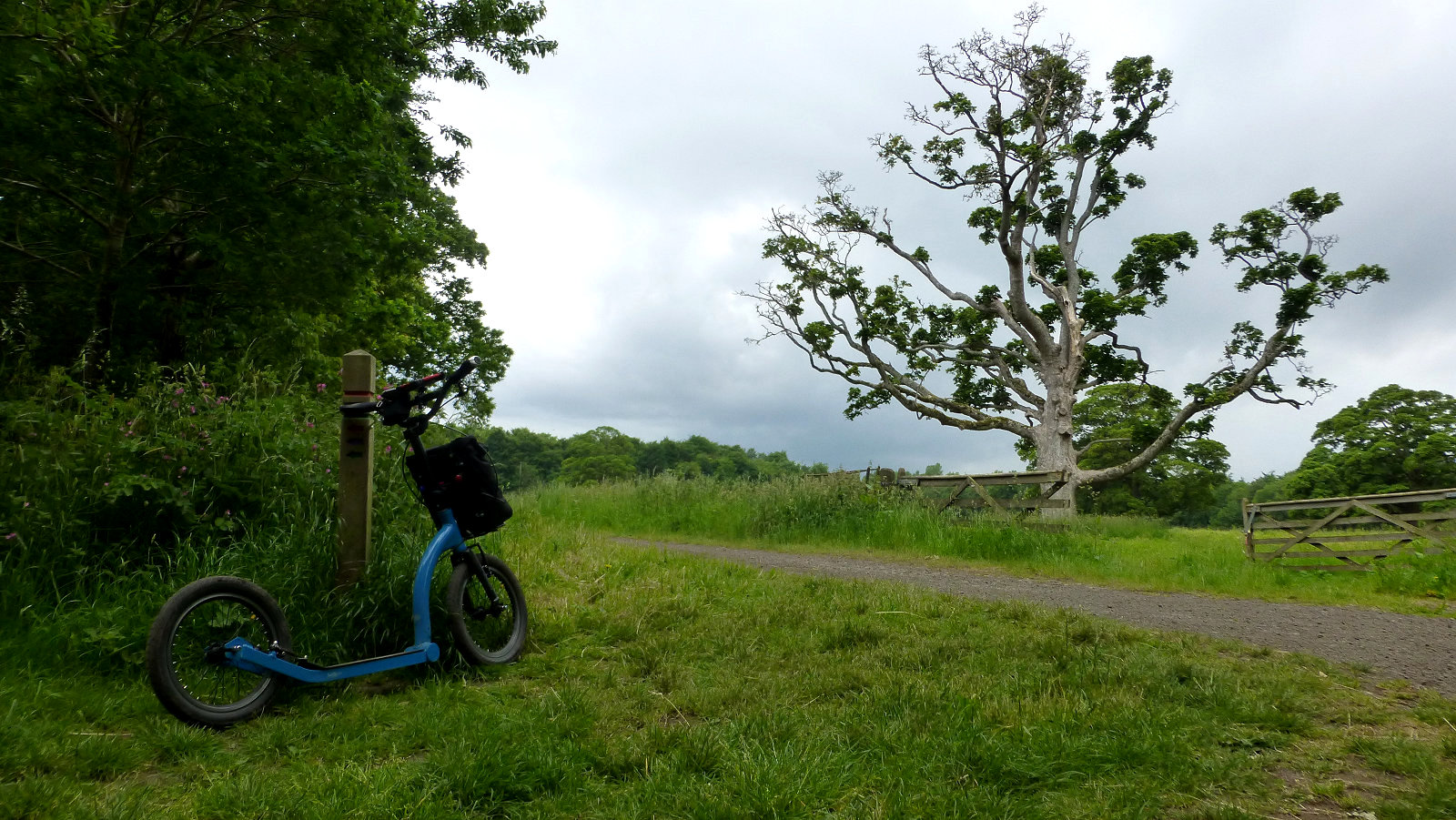 A nice smooth and fast scoot down to zone SneakyPlace was next, located down by the river underneath Dalkeith House. Then a short climb back on to Montagu’s Bridge and along to the parking area where a gate gives access to a field known as Steel Park, where the next zone can be found, called ParkeOfSteel. Contractors where busy at work here erecting some scaffolding structures, perhaps for some event. There’s a Tough Mudder event on the 3rd and 4th of July, so perhaps that’s the reason. After dropping down to Restoration Yard, and not a few strange looks about my mode of transport – something you get used to when you ride a Swifty kick scooter – my final zone of the park, Restoration, was added to the tally for the morning.

My route home was via Newbattle Abbey and Eskbank, grabbing another half dozen or so zones along the way. Zone BattleAbbey had recently been relocated onto the footpath and was again a delight to take, with no need to venture off-path under the dense trees and end up wandering about trying to get a GPS signal. Brilliant! And that was it for the time being. No doubt I’ll be out again later, perhaps during the wee small hours again. Just need to decide where to go. Catch you all later.